Turkey is a country surrounded by seas on three sides. Therefore, it is very rich in fish and seafood. It is possible to get lost among the fish and seafood on the menus of Istanbul restaurants. Because a saying in Turkey is reflected in the culinary culture of the whole country: “I would eat my own father if he came out of the sea.”

Other than the fishes we will talk about that is endemic to Turkey, you can also find: 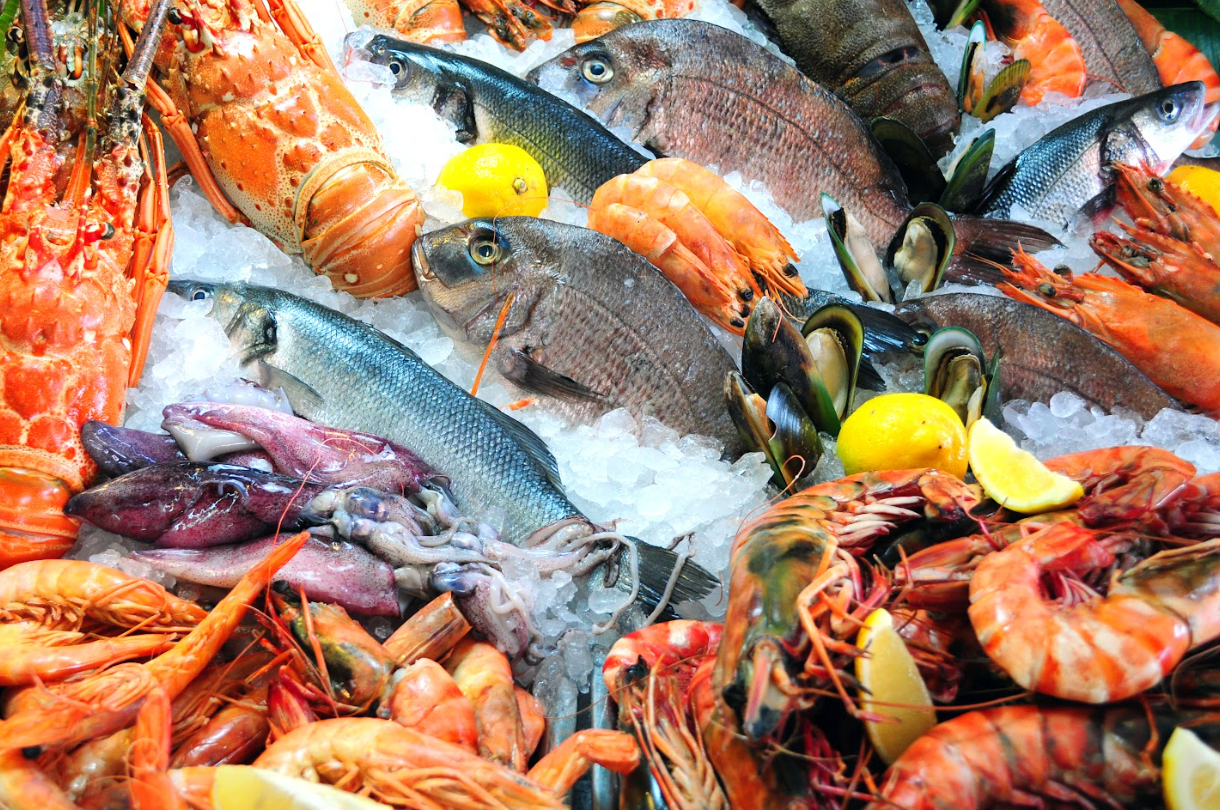 It is possible to cook both fish and seafood differently. This can change the taste. For example, mussels, and shellfish, can be prepared as stuffed, stewed, pan-fried, or boiled. It can be preferred by adding salt, pepper, lemon, or plain according to taste. It is usually consumed with salads with plenty of greens. Some kinds of seafood themselves can be used as salads. For example, lobster is among the seafood that can be put both in salad and soup.

Oil Content of Fishes Vary From Region to Region

Turkey has four seas. These seas are the Black Sea, the Aegean Sea, the Marmara, and the Mediterranean. Since the salt content of each sea is different, the type and sweetness of the fish vary. Even the same fish species have different oil levels when removed from different waters. For example, Black Sea anchovy is oilier than Marmara anchovy.

Seafood living in warmer waters is seen in the Mediterranean and Aegean regions. Fish that like cold waters can be found in the Black Sea and Marmara. Similarly, Aegean fish are known to be saltier than Black Sea fish.

The most common fish in restaurants in Istanbul are listed as follows:

• They approach the shore between November and March.

• It is known as the fish of the winter months.

• It is extracted from the Black Sea and the Marmara Sea.

• It is cooked in an oven, steaming and grilling methods.

• In addition, its pan, rice, soup, meatballs, and even desserts are made with it.

They get different names according to their height.

It is found in the Black Sea and the Marmara Sea.

• It can be hunted almost every month of the year in Marmara.

• It is a small fish. It is delicious when fried on a pan.

• It is consumed in the autumn season.

It is seen on Marmara and Aegean coasts.

They are named according to their length;

• It is generally seen in the summer months.

• It is defined as one of the most valuable fish.

• It is rare because it is one of the flatfish living in the sand.

• For this reason, it is mostly caught around the Mediterranean and Aegean Seas in our country.

• It is most delicious in January, February, and March.

• It is found in all seas of Turkey.

• It is one of the fish with the highest phosphorus content.

• It is found more in Marmara and Aegean.

• It is said that the most delicious sea bass weighs 2 kilograms.

• It is caught in April-May.

• It is one of the most delicious fish of Marmara.

• The most delicious month is known as April.

• It is one of the most consumed fish species in our country.

• It grows in Marmara and the Black Sea.

• Available and can be consumed all year round.

• It is the most delicious period between February and April. 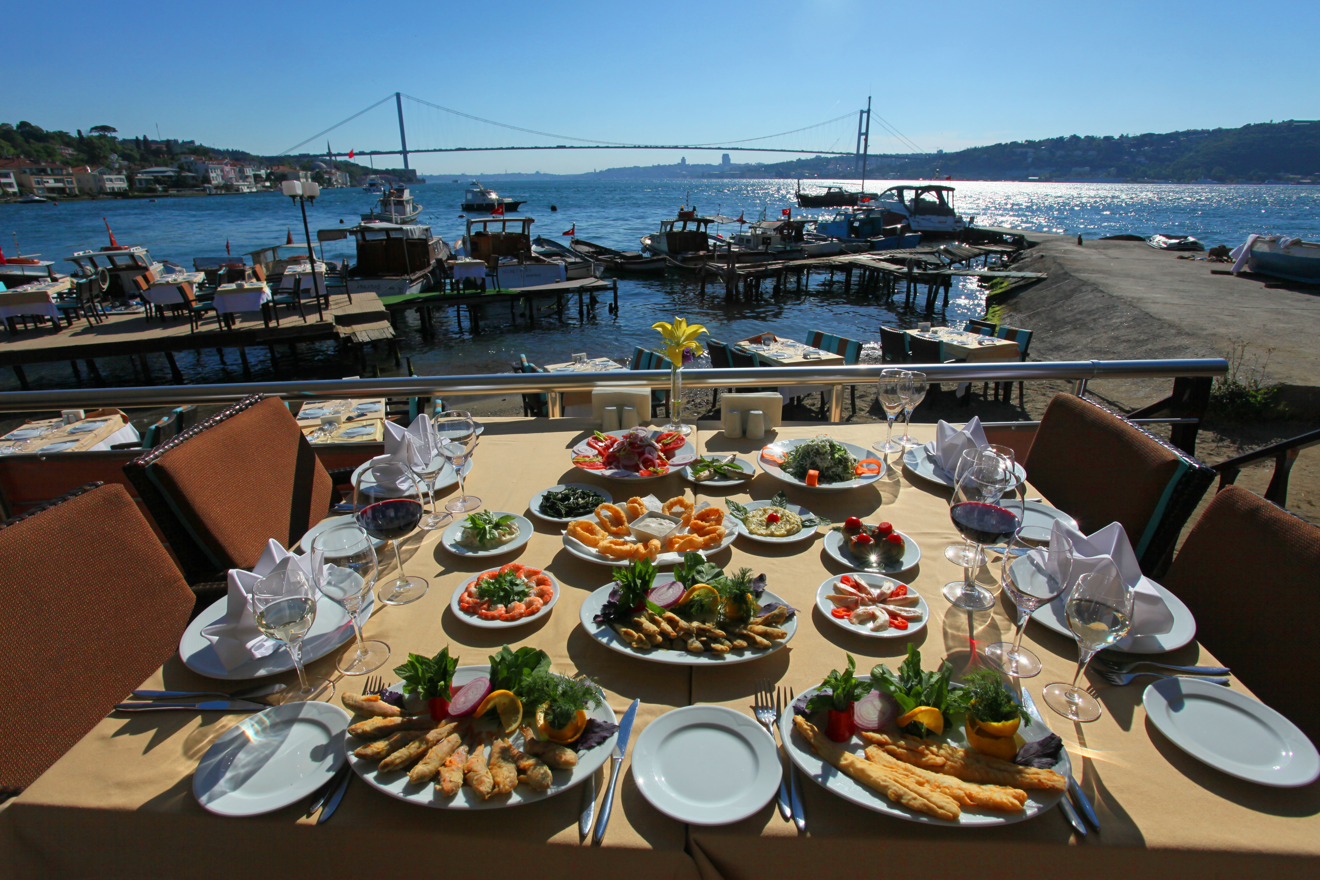 The following districts of Istanbul can offer you a pleasant time;

Especially in the Eminönü region, there is a ship called the Historical Eminönü Fish sandwich. In addition, many food shops with excellent views greet you under the bridge. We recommend you see Spice Bazaar, Grand Bazaar, and Büyük Valide Han in this region. It is a region with many mosques that you can visit as a tourist. It is also close to the touristic areas of Sultanahmet and Gulhane.

Eating at the Right Time is Important

In addition, each seafood has an eating time frame. Eating it at certain times increases the flavor as it matures better. Not consuming certain foods at the right time can cause illness. For example, oysters can cause poisoning when consumed in summer.
Some of the food and drink can be harmful to health when consumed with each other. It is dangerous to consume yogurt or ayran, especially with fish not kept fresh. Therefore, it is vital to ensure that the fish you eat is fresh.

Where can I buy seafood in Istanbul?
If you are looking for seafood in Istanbul, you can try coastal regions like the Bosphorus strait.
Do Turkish people eat seafood?
Yes, many Turkish cuisine foods include seafood.
What seafood do Turkish people eat?
Fish and mussels are the most famous seafoods that Turkish people eat.
What fish can be found in Turkey?
The most famous fish of Turkey is hamsi, but there are tens of more kinds of fish you can find in the country.
Are fish important in Turkish cuisine?
Yes, especially in Mediterranean cuisine, seafood has an important spot.

A wide variety of hot and cold starters, also known as appetizers, are typically served to customers before the main course of a meal. As the first course of a more formal supper, they might be served soup and hors d'oeuvres.

Bebek Balıkçı serves seasonal fish cuisine in their restaurant. It is a calming, gentle place where you get enriched by the atmosphere of the sky and the sea.

Read More
Where To Eat Fish In Istanbul

Whoever visited istanbul knows about its delicious and diverse food, especially fish. it is normal for istanbul to be famous with seafood because it was built around black sea, mediterean, and marmara sea which makes fish one of the main food resources for this city. fish and seafood restaurants are spread everywhere in istanbul, you can actually pump into a meyhane at any street or corner. in general, fish and seafood are served with raki drink ( turkish pasits ) and meze. for a starter, both hot and cold meze are served to you, you can pick what you want to eat from the menu or from the tray of mezes because meze has a lot of types and options like hummus, eggs, octopus salads, marinated sea bass with mustard, and many other vegetable salads. it is important to know that mezes are only served to stop your stomach of rumbling while your fish is being cooked, so do not get full of eating meze, calm down, the queen dish is about to be served. you will be amazed by the delicious taste of juicy fish that melts inside of your mouth. here are some of the most famous fish and seafood restaurants: