The Maiden's Tower, which has a deep history, is 150-200 meters off the coast of Uskudar Salacak. It is known that its formation corresponds to 341 BC although there is no definite information about when it was built. Damalis and Leandros are just two of the old names of the Maiden's Tower. Damalis is the wife of Kharis, a King of Athens in the past. In the Byzantine period, this tower was given to Arcla. Arcla means 'Little Castle'.

After the dissolution of Istanbul, the old building was demolished and replaced with a wooden tower with a different architecture. This tower is completely burned in a fire in 1719. In 1725, Damat Ferit Pasha from Nevşehir rebuilt as masonry. The tower was used as a quarantine hospital in the cholera outbreak in 1830. In the same period, he also served as a radio station.

The tower, which is a popular attraction for tourists and travelers, attracts visitors by sea vehicles in every season. You can go to Maiden's Tower by getting an Maiden's Tower  Entry and Transfer ticket. In addition, thanks to the Bosphorus Tours organized between the continents (Asia / Europe) with an unforgettable trip to the Bosphorus is possible to reach with a fun journey.

Step into the islet of the tower and you will find yourself in a unique atmosphere. As you climb the tower stairs, you will see a different legend depicted on each floor. One of them; The legend of the princess, who was poisoned by the snake who entered the tower after being dragged into the grapes basket after placing her only daughter, whom she had hidden from the eyes of the Byzantine Emperor, is among the most sad legends.

For breakfast, which is the most important meal of the day, you should start the day with a wide variety of delicacies of Maiden's Tower Restaurant. If you missed breakfast and brunch, don't worry. In a romantic setting, you can dine with wine that appeals to your taste.

The most beautiful break that rests the soul is to climb the stairs of the Tower and sip coffee while watching Istanbul from the dome section. Wonderful Istanbul will blink to you from every front. 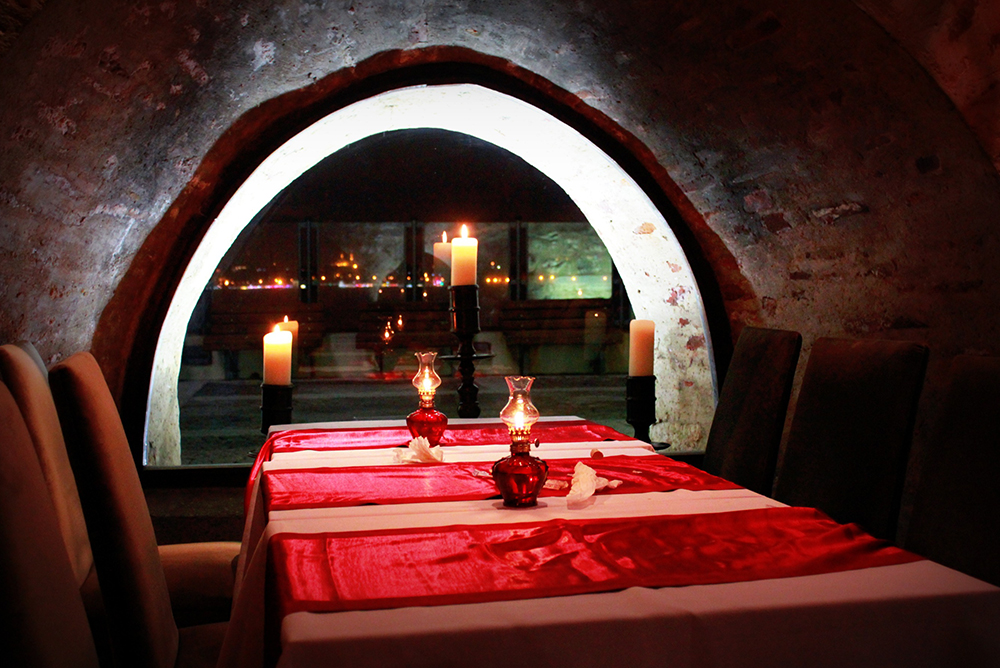