Sam Çeviköz: He was born in 1959 in Istanbul. Settled in Australia when he was 7 and lived there until 2012. He began working in coffee sector establishing his own company, Numero Uno. With his experience of coffee roasting and sales for over 20 years, seeing the lack in number of qualified baristas within the sector, Sam Çeviköz began educating baristas with his Brasita Trainer certificate from AASCA (Australasian Speciality Coffee Association). With his International Barista Trainer certificate, he served as a juror in the barista contests organized by AASCA between 2006-2008. He was also a mentor for countless baristas, supporting and educating them on the path to championship. A trainer, roaster and wholesale coffee supplier in the sector, in 2009 he moved to Istanbul. He founded one of Turkey’s first 3rd generation coffee shops, MOC. They established MOC together with his Australian investing partner. The brand was a huge success in a year’s time. Having conflicts with his partners about the level of professionalism he aimed to carry the brand to, led him to part with the brand and quit partnership. With his experience and expertise, he moved on to a new venture with the Micro Roasting facility that he created the infrastructure with his current partner, Levent Koçarslan. And, their new brand, FEDERAL, was founded in January 2016. Levent Koçarslan: He was born in Istanbul in 1977. He started elementary education in Cent Koleji and then continued at TRNC (Turkish Republic of Northern Cyprus) State College afterwards. He continued his education in TRNC and graduated from University of Girne School of Architecture in 2000. During his stay in Australia to complete his Masters’ degree, he was impressed by how coffee holds a place in people’s daily lives and decided to be closer to this everyday life culture, which never occurred to him previously. The minute he used an espresso machine for the first time, he decided he wanted to do it the best way he can… And he met with Sam Ceviköz. Sam Çeviköz was the coffee supplier of the shop he was working at the time... During one of Sam’s visits for baristas, without realizing they were both Turkish, they began to talk. Levent Koçarslan mentioned he wanted to learn how to be a barista, and shortly after Sam Çeviköz became his mentor. He worked as a barista in Sydney, until he graduated from USYD Building Design Science in 2005. Back in Istanbul in 2005, he started working as an architect in the following years. And his passion for coffee revived with Sam Çeviköz’s call, saying, ‘I’m coming to Istanbul’. And that’s when he decided that, what he actually wanted to do was this. Believing that he was taking the right step at the right time, Levent Koçarslan became an investor in Federal. He continues to work with his team for the progression of Federal they founded in 2016, and every day believing more that his decision was the right one. 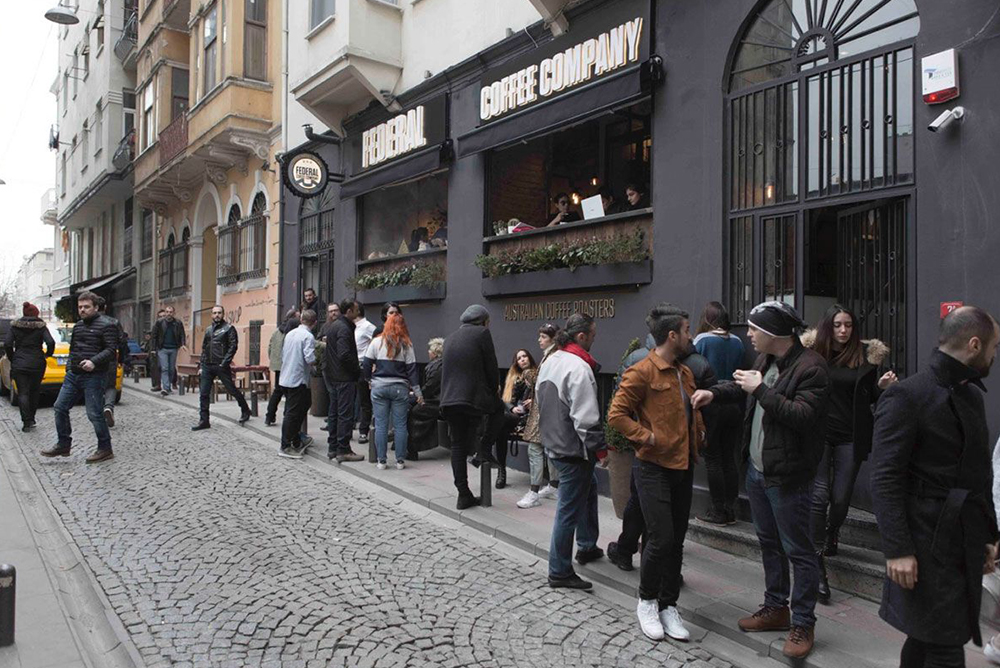