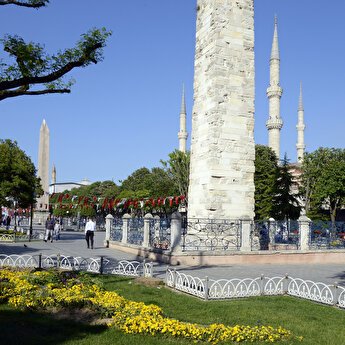 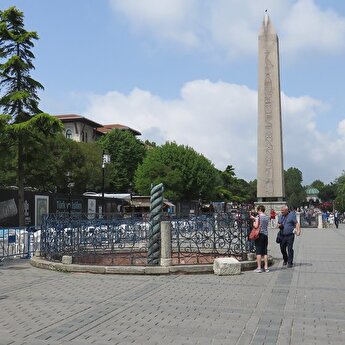 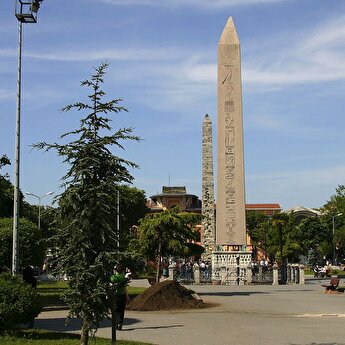 When should I visit Hippodrome of Constantinople?

It is open to public. You can visit all day.

Is it expensive to visit Hippodrome of Constantinople?

There is no entrance fee to Hippodrome of Constantinople

How to get to the Hippodrome of Constantinople?

Will I need a guide at Hippodrome of Constantinople?

You can visit museum on your own but a tour with guide would definetely be better. You can check Old City Tour or our top picks below.

Things to do near Hippodrome of Constantinople

Everyone loves a good race. The excitement of the moment, the anticipation before the winner is declared... But no one enjoyed races quite as much as the Byzantine Empire. They enjoyed chariot races so much in fact that they built the Hippodrome of Constantinople; a massive, enchanting structure that was a social and cultural center for Constatinopolis. But what is the Hippodrome of Constantinople, exactly? Today the Hippodrome is one of the most important historic sights you can visit in Istanbul. In the past however it was a massive arena where chariot races were held. It also served as a protest sight in times of turmoil during the Byzantine Era.


History of the Hippodrome of Constantinople


The history of the Hippodrome of Constantinople is a rather complicated one, as evidenced by the fact that many parts of it are no longer standing. The hippodrome has seen a fair bit of destruction in its time. During the 4th Crusade in the year 1204, the hippodrome was raided by Christian forces. Many of the priceless statues in the Hippodrome were carried off, some never to be seen again. Because there was a rumor that the Hippodrome was made of pure gold, a rumor that turned out to be false, many soldiers ripped chunks of tiles off the columns and the structure, causing even more damage to the place. During the Ottoman Empire's reign, a number of the columns in the Hippodrome have ripped away, only to be re-used in the construction of the Süleymaniye Mosque later on.

Despite the rampant destruction seen in the hippodrome throughout the years, a number of captivating statues, obelisks, columns and chunks of the original architecture have survived to this day. One such artifact is the Obelisk of Theodosius which was first carved between the years 1549-1503 BC, during the reign of the Pharaoh Thutmose III. The obelisk was gifted to the Byzantine Empire in 390 AC and is preserved in near immaculate condition to this day. Another wonderful artifact you can see at the hippodrome is the Kaiser Wilhelm's Fountain. This fountain, which was originally created in the 19th Century, was gifted to Sultan Abdulhamid II by the Germans in 1901, as a symbol of the friendship between the two countries. The sultan aptly placed the fountain in the Hippodrome, where it could be used and appreciate by his people for all eternity. Whatever trials and tribulations the hippodrome went through over the years, the artifacts that bedeck it serve as a testament to its historic importance in both the Ottoman and Byzantine Empires. It is small wonder then, that the Hippodrome of Constantinople served for a social and cultural center of the Byzantine Empire for 1000 years and the Ottoman Empire for 400 years, respectively. Today you can enjoy and appreciate this historic marvel at your leisure. In fact, you can now join several guided tours in the historic district and old city of Istanbul to discover even more about the hippodrome and the surrounding areas by going to istanbul.com. Istanbul Old City Tour and the Istanbul Byzantine & Ottoman Relics are just some of the incredible tours you can join to immerse yourself in ancient history!

We have met a talented guide. He was knowing a lot of things. He showed also some part of serials which we can see Chora Museum on mobile phone.

The best point that i will remember next to traditional visiting places, Caferaga Madrasah. There are nice workshops, daily exibitons and you can get nice souvenirs.

In my chance instead of Topkapı we visited Chora Museum. Because yesterday we were there. Chora as i investige on web means "out of the city". You see a simle church but when you enter the museum mosaics are unbelievable.