On a fine spring day in Istanbul, chancing to find yourself in the nearby district center of Üsküdar, you may opt to rent a rowboat. Distancing yourself from the shore and delighting in the mild weather, you leisurely sail past, in turn, the villages of Pasha Limanı and Beylerbeyi. Your approach to Çengelköy will be signaled by a glimpse of the brick-red Sadullah Pasha Seaside mansion. 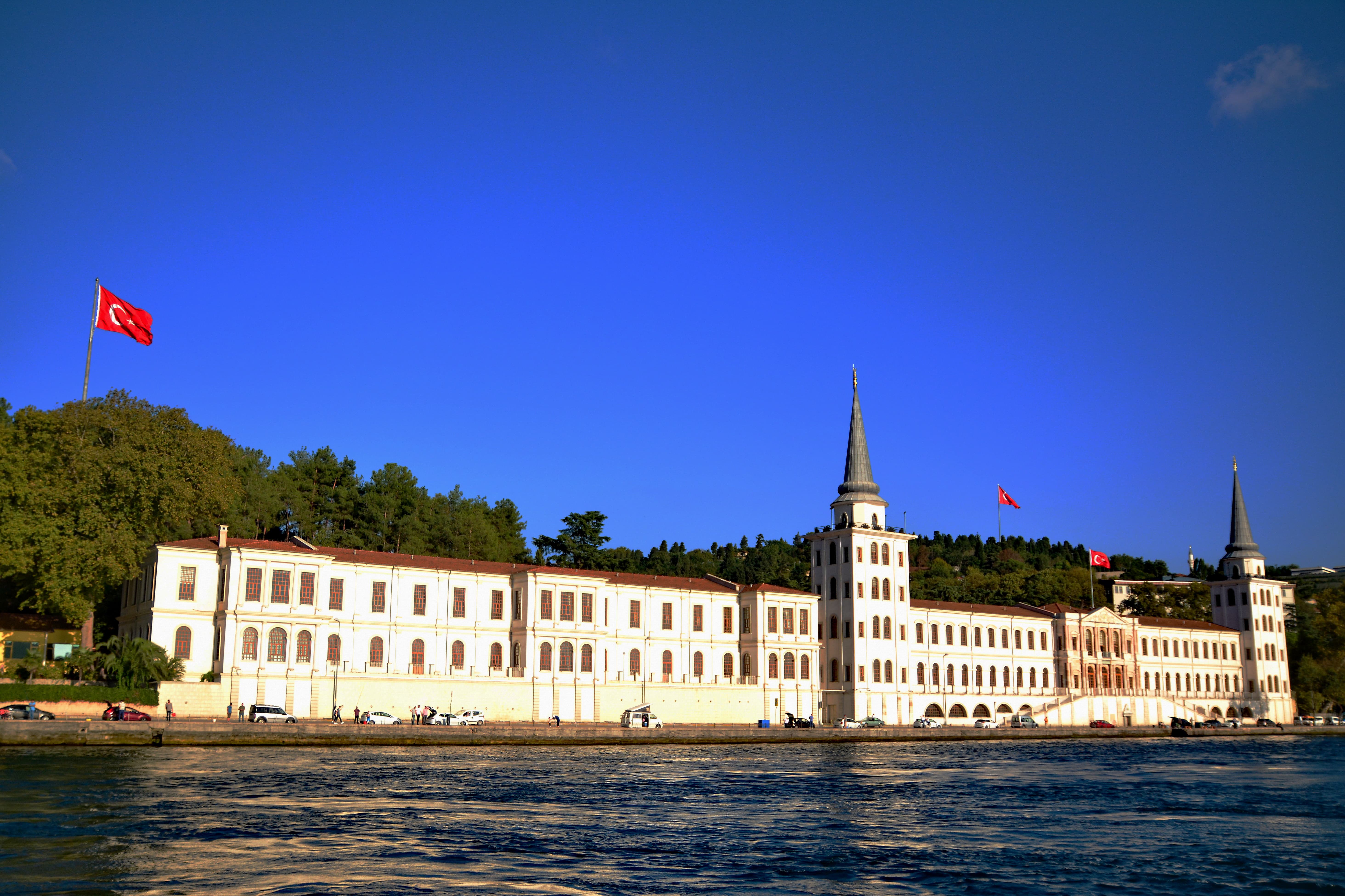 On disembarking and inhaling the aroma of bread baking in wood-fired ovens, you may wonder whether you have landed in another world. Strolling the main avenue, you will pass by shops with small windows, stands of fresh fish, the historical bakery, wooden houses, many of whose doors open onto the avenue, seaside mansions from the pages of history, the local inhabitants, and, of course, greengrocers where pride of place is awarded to the “Çengelköy gherkins”. One other place not to be overlooked is the savory pastry shop. There are a couple of stories accounting for the uncertain origin of the name of the village. Though little information is available about its status in the 15th Century, it is known that Sultan Mehmed II, while preparing for his campaign to conquer Constantinople (1453), discovered a number of Byzantine palmed anchors in the neighborhood of the village, whose Turkish counterpart (derived from the Persian word for “claw”) is çengel. Thus, the village became known as the “Village of Anchors,” or Çengelköy. Another story puts forward the claim that the village derived its name on account of its renown as a place where anchors were forged.

Regardless of the source of its name, Çengelköy possesses a justly earned reputation as one of the most charming villages on the Bosphorus. Çengelköy preserves its special distinction despite being incorporated, like the other quiet Bosphorus villages, by the greater metropolitan area of Istanbul. The Bosphorus has been justly acclaimed for the beauty of her wooden seaside mansions. In the past, Çengelköy possessed a bounty of such structures. A number of these historical witnesses have been sacrificed to fires. The Sadullah Pasha seaside mansion, built in 1783, is one of the few to have survived to the present. On its last legs, the Edip Effendi seaside mansion is one of those still awaiting restoration.

Seaside mansions are not the only reflections of history, of course. The inhabitants of Çengelköy are also distinctive. The hale and hearty local old-timers and veterans beam with friendly smiles. What makes them stand out is that they still enjoy amicable relations with their neighbors. Nowadays, when those of us who make our homes in outsized apartment buildings have difficulty in even recognizing our next-door neighbors, the residents of Çengelköy are closely acquainted with each other.

When shopping in Çengelköy, you are always greeted by warm, friendly faces. True, the tradesmen and locals already know each other. Though you may be a newcomer, you are certain to be treated as one of them. That is why the population of Çengelköy doubles or even triples on weekends. Many folks come simply to partake of the tranquil, friendly atmosphere. Tea gardens named “Under the Plane Tree” are ubiquitous and Çengelköy has one, too. Some 500 years old, the plane tree is 15 meters tall and measures 6.6 meters in circumference and 1.92 meters in diameter. Its history includes one unfortunate incident, however, and it has thus received the epithet “The Killer.” As the story goes, one day a dead branch fell from the top of the tree and caused the fatality of someone sitting in the tea garden. Nonetheless, the popularity of the tea garden remains high on weekends. In any case, the tree itself is becoming decrepit. One sizable limb extends horizontally about a dozen meters. Extending a helping hand, the Üsküdar Municipality has provided it with iron props at one-meter intervals. In view of its antiquity, the tree was designated one of Istanbul’s monumental trees and taken under protection. Çelik Gülersoy, the late president of the Turkey Touring and Automobile Club, included it in his listing of monumental trees.

What more could anyone wish for than to sit by the sea with their legs stretched out, in the shade of this tree aged half a millennium? The waiter will soon bring you a glass of full-bodied tea to complement the savory pastry with ground beef filling you have at hand. Inhaling the fresh sea air, you survey the scene of boats, one after the other, docking and launching at the diminutive pier in front of the tea garden. These are the fishermen who set out before the sun came up. But it would be an error to assume that all those going out to fish were men. For the fishers of the sea include women and even children. You will be amazed at the quantity of fish that is caught. If you are not a cat-lover, you may be somewhat uncomfortable sitting Under the Plane Tree, for numerous stray cats of all colors and sizes wander about the tea garden. It is not unheard of to take home a cat of your liking. Growing up in this setting, they are tame. The local residents are very fond of cats. Bowls of food and water for stray cats are set out in front of nearly every house here. Several pet shops also offer a variety of cats from which to choose.

Çengelköy also boasts a car museum. Going up on Bosna Boulevard, you will come to the Automobile Museum of the Sabri Artam Foundation. The museum preserves a variety of vehicles, including antiques, race cars, custom-designed cars, and motorcycles. It also offers a maintenance and restoration service for aging cars. This represents the most comprehensive car museum in Turkey. It is open Saturdays and Sundays from 10 a.m. to 7 p.m.

Çengelköy, which formerly supplied the entire Üsküdar area with its famous staked tomatoes and whose fragrance wafted throughout Çengelköy, is today simultaneously nostalgic and modern. It seems small, but, as you will discover, it possesses a number of pleasant features. Summer and winter, it welcomes the visitor with the same warm reception: You will always be glad that you decided to pay a visit.

Yenikapi is a port and a quarter in istanbul, in the district of fatih on the european side of the bosphorous, and along the southern shore of the city. yenikapi is notable for the ongoing excavations of its byzantine port discovered in 2004. this has become one of the largest investigations in europe, because of the size and the number of the shipwrecks found since the initial discovery.

View All
Elite Destinations To Live In Istanbul

Kadikoy, sisli, besiktas, and maltepe are the top districts in istanbul