Basilica cistern has a magnificent beauty to it. it is one of the most important historical cisterns under istanbul, turkey. the cistern was built in the sixth century during the reign of byzantine emperor justinian i and is located on the ancient peninsula of sarayburnu, 150 meters (490 feet) southwest of hagia sophia. it is currently held with just a restricted quantity of water within the chamber for public access. when visiting istanbul, be sure to check out the basilica cistern, which has an important position among istanbul’s ancient sites.

The Basilica Cistern, located southwest of Hagia Sofia, is one of Istanbul’s most beautiful tourist attractions. Because of the subterranean marble columns, this enormous underground water reservoir was built for Justinianus I, the Byzantium Emperor (527-565), and is known to the public as the “Yerebatan Cistern.” It’s also known as the Basilica Cistern since the cistern used to be a basilica. 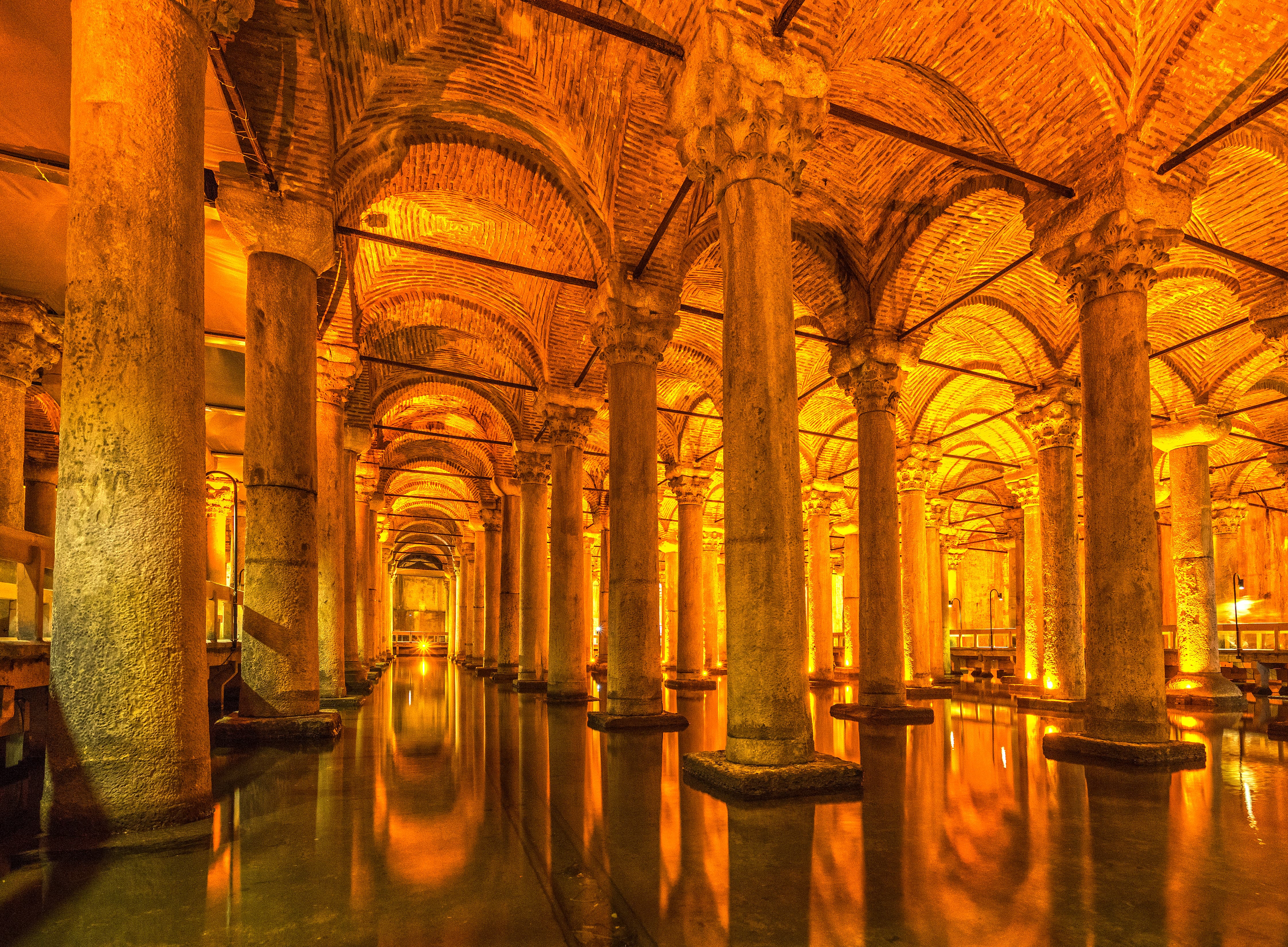 The Cistern is more than 100 meters tall,  occupying a rectangular area. The Cistern in Istanbul, which is accessible by a 52-step stairway, has 336 9-meter-high columns. The columns are comprised of 12 rows of 28 columns each, separated at 4.80 m intervals. The columns carry the case-bay of the cistern through arches. The bulk of the columns are made up of a single piece, with one made up of two pieces. The bulk of the columns are believed to have been assembled from ancient Istanbul sites and carved from various kinds of marbles. The designs of the sections of the heads of these columns vary. The majority of them are in the Corinthian style, with the remainder in the Dorian style. The walls of the cistern are 4.80 meters tall, and the floor is bricked and plastered with a thick layer of brick dust mortar for water resistance. The cistern has a total size of 9,800 square meters and a capacity of 100,000 tons of water.

According to ancient sources, the basilica had gardens surrounded by a colonnade and facing the Hagia Sophia. Emperor Constantine built a structure that was subsequently rebuilt and extended by Emperor Justinian after the 532 Nika riots, which devastated the area.

According to ancient sources, 7,000 slaves were employed in the cistern’s construction. The enlarged cistern served as a water filtering facility for the Great Palace of Constantinople and other First Hill residences, and it continued to provide water to the Topkapi Palace following the Ottoman invasion in 1453 and until the contemporary day.

Two columns you’ll see in cistern’s northwest corner repurpose stone carved with Medusa’s visage. The two skulls’ origins are unknown, although they are thought to have been transported to the cistern after being taken from a late Roman building. There is no documented evidence that they were utilized as column pedestals in the past. The blocks are supposed to be placed sideways and inverted to counteract the Gorgons’ force of gaze; nevertheless, it is widely accepted that one was oriented sideways simply to be the appropriate size to support the column. She was placed upside-down because the upside-down Medusa will be the same height right-side up as the regular Medusa.

Experience the stunning beauty of Istanbul’s numerous historical attractions on your Istanbul vacation. The Basilica Cistern will elevate your Istanbul tourist experience.