Istanbul city is one of the most desirable destinations from the whole world. the cultural and architectural changes through years made the old city unique among other cities. between all traditional places taksim avenue is considered as the main destination for both tourists and locals.

The fabulous İstiklal Street, approximately 1.4 kilometres long, seen as an elegant combination of the modern architecture styles starting from Taksim Square leading to Galata Tower, and the early styles of the Ottoman period were Neo-Classical, Neo-Gothic, Renaissance Revival, Beaux-Arts, Art Nouveau and First Turkish National Architecture designed.
The pleasant journey starts from Taksim Square, it takes its name from the Ottoman era stone reservoir which is located in this area, where the Republic Monument can be noticed in the middle of the wide yard beside the central station of Istanbul Metro network.
The famed district is well-known for its cosy and tasty restaurants. Hatay Medeniyetler Sofrasi is one of the most delicious restaurants owned by the renowned chef Burak where the well-designed dishes are served making a stunning mixture of the Arabic and the Turkish cuisines. Also, the honored Changa restaurant which is located in a restored house of Art Nouveau style built in 1903, is a good choice to try the tasty Turkish cuisine blended in line with modern style dishes of Pacific Rim under the consultancy of the celebrated chef Peter Gordon. If you are a lover of the Mexican Cuisine, then Picante is your destination with their appetizing stylish plates are served. In addition, Falafel Tyros is a great option to attempt the delightful Lebanese Cuisine. Pizza lovers could find Faros a good choice trying the home made, thin-crust, wood-fired Italian pizza. Moreover, the Greek restaurant Eleos is known for its plentiful seafood dishes situated near the historic Tünel. international fast food chains such as Pizza Hut, McDonald’s, Subway, and Burger King are also located at Taksim Square.
Regardless of the famed restaurants, the elegant pedestrian street houses famous brands and shops like boutiques, cafes, music stores, bookstores, historical patisseries and chocolateries along the whole district. Cinemas, art galleries, theatres and opera house although can be found. 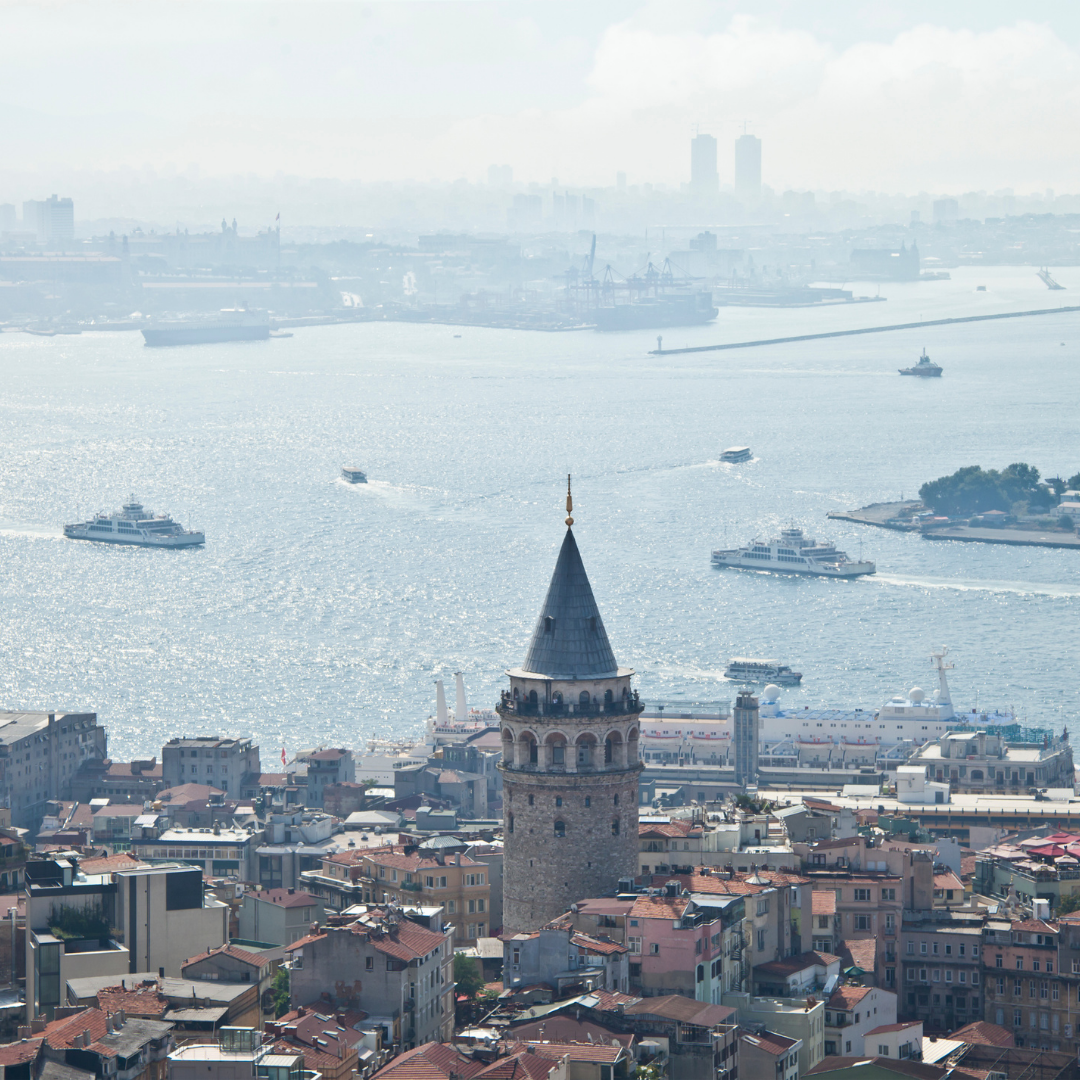 However, the ancient avenue as well hosts a plenty of historic buildings such as Hüseyin Ağa Camii Mosque, the Roman Catholic churches of Santa Maria Draperis and S. Antonio di Padova, the Greek Orthodox Haghia Triada, the Armenian Üç Horan, several synagogues and the small pathways like Çiçek Pasajı (Flower Passage) and the Balık Pazarı (The Fish Market). While some old buildings have a political touch were academic institutions and consulates established by numerous European nations in the 19th century.
It is also home to some of Istanbul’s majestic hotels including the InterContinental, the Ritz-Carlton, The Marmara Hotel and Walton Hotels with their luxury style and the charming views of Istanbul and Bosphorus. The features are great making your stay very pleasant.
The Nightlife in the fascinating avenue is eminent by tourists and residents of Istanbul to spend a pleasant nights in pubs, such as Corner Irish Pub, Camp and Babylon where Turkish and International live music are played making the atmosphere vibrant. Or the exciting 360 Istanbul, this roof-top restaurant and bar with its 360-degree view of Istanbul, at the weekends they have a DJ playing music. As well Beat, Escape Club, Ritim and Jolly Joker Istanbul nightclubs are a brilliant option to spend a wonderful time with friends.

Taksim square has been the host for many events along the year such as New Year’s Eve, Republic Day celebrations. The annual Istanbul Pride used to take place too as well of many international art festivals, such as the annual Istanbul Film Festival.
The heritage Taksim-Tünel nostalgia Tramway runs from the square along the avenue ending near the Tünel (1875) which is the world’s second-oldest subway line.
Before İstiklal Avenue ends a noticeable medieval stone tower is taken into consideration of one of the most important landmarks in Istanbul city called Galata Tower. The ancient monument was first built in 507-508 AD by the Byzantine emperor Justinianos. On the upper floors a restaurant, café and a nightclub are located which have a magical view of the Istanbul and the charming bosphorus.
Taksim through the years has been the heart of the ancient city due to the importance of its position and the old monuments situated at that area, considered a special attraction well-known spot among residents and tourists around the whole world.