Yenikapi is a port and a quarter in istanbul, in the district of fatih on the european side of the bosphorous, and along the southern shore of the city. yenikapi is notable for the ongoing excavations of its byzantine port discovered in 2004. this has become one of the largest investigations in europe, because of the size and the number of the shipwrecks found since the initial discovery.

The Heart Of Istanbul’s Transportations

A mass rapid transit terminus is located underground at the Yenikapi Transfer Center. The extensive excavations required for the project caused a delay in development. The new Yenikapi terminal serves as an interchange for the Ataturk Airport metro (M1), Istanbul Metro (M2), and the new Marmaray railway link, which connects Istanbul's Asian and European sides via a new tunnel under the Bosphorus.

Yenikapi, one of Istanbul's major ports that connects the two sides of the city via ferry lines, should also be mentioned.

It has been discovered that Istanbul's history is older than previously believed thanks to the excavations at the Yenikapi Marmaray site.

In addition to the 8000-year-old bones that were discovered, further burials have come to light as a result of ongoing excavations. The burials show us that Istanbul was once the site of the oldest Stone Age settlements. The digs have turned up 34 sunken ships from the seventh and eleventh centuries in addition to remains. The Institute of Nautical Archaeology in Bodrum and Istanbul University now houses the sunken ships.

Some wall ruins were also discovered. When Constantinople was founded by the Byzantines, they are now regarded as the city's initial walls.

Therefore, an international design competition was held in order to create an acceptable urban and architectural design for the archaeological site. Peter Eisenman and Aytac architects were ultimately chosen as the project's winning proposal. The proposal comprises a sizable archaeological museum and an archeo-park.

Things To Do Near YeniKapi 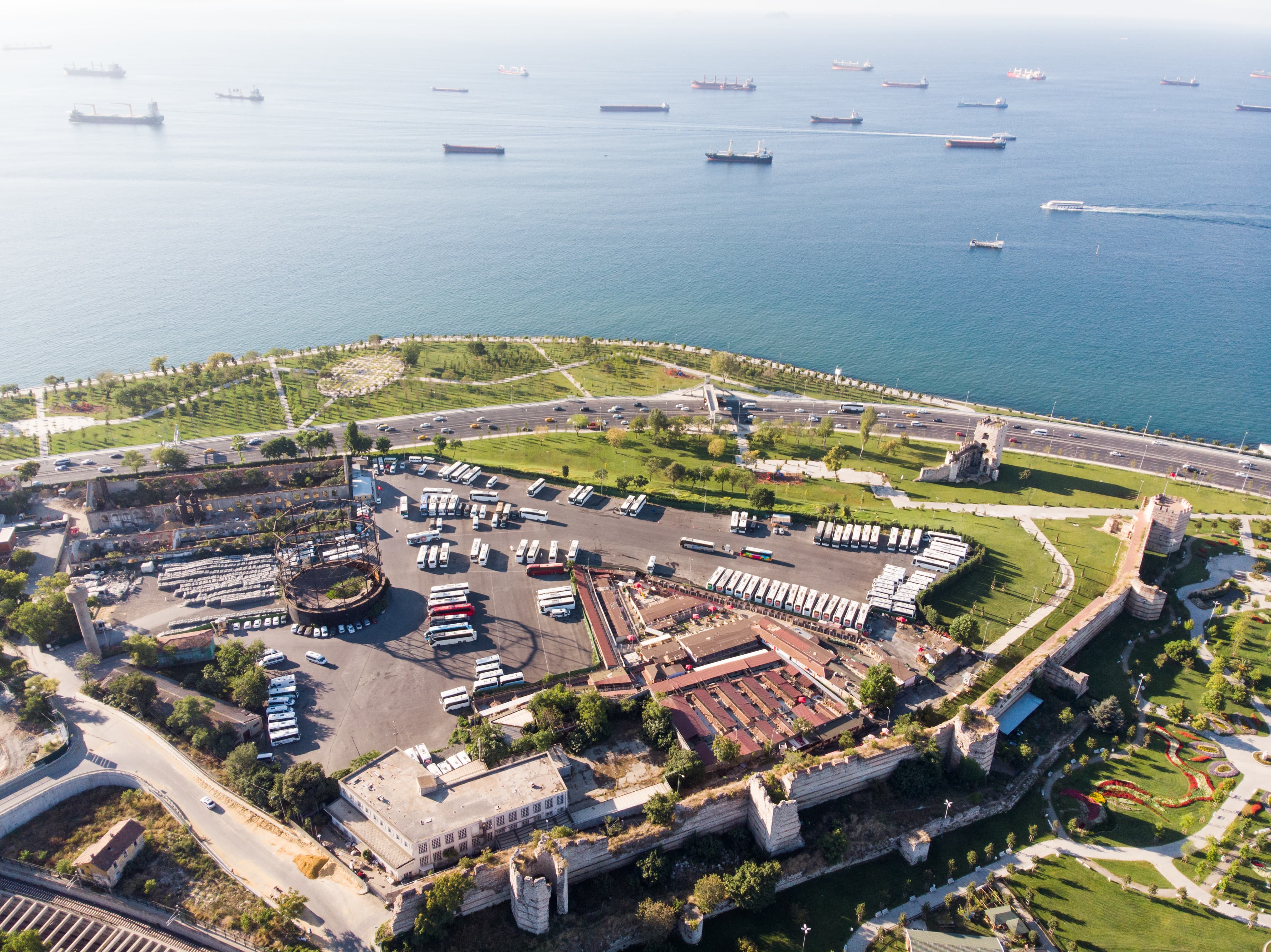 One of the interesting attractions close to Yenikapi is the Suleymaniye Mosque, which is situated on Istanbul's third hill and was built at Suleiman the Magnificent's request and designed by the imperial architect Mimar Sinan. On three marble panels, the Arabic foundation inscription is etched in Thuluth script above the mosque's north portal. The mosque's interior resembles a square in shape. Semi-domes on either side of the dome, as well as arches with Tympana-filled windows on the north and south, surround it. The mosque boasts beautiful architecture that is worth seeing.

If you enjoy history, you might also want to check out the Hagia Sophia and the Sultanahmet neighborhood. Hagia Sophia was formerly the Patriarchal Cathedral of the Greek Orthodox Christian faith, and it is now a museum. The construction of the walls of Hagia Sophia actually weakened the overall structure, whereas the minarets were an Ottoman addition and not a part of the original Byzantine design; they were constructed for notification of invitations to prayers and announcements. The dome design stabilizes the dome and the surrounding walls and arches.

Following your tour of the Hagia Sophia's interior, you can stroll along the surrounding paths, sit in the gardens, and enjoy a lovely view of the neighborhood.

If you're looking for a place to shop close to Yenikapi, you might wish to visit the Spice Bazaar in Eminonu to look for spices or old items. Additionally, there is the renowned Mehmet Efendi Kahveci, one of Istanbul's oldest coffee houses, which is known for its delicious Turkish coffee and freshly ground coffee beans. Inside, you can see the employees making your coffee while receiving first-rate service

Yenikapı is where?
Istanbul is where Yenikap is situated.
Want to make a hotel reservation in Istanbul?
We can undoubtedly assist you in locating the ideal candidate for your needs.
What is possible close to Yenikapi
Yenikapi offers a variety of activities, but there are also some interesting sights to see.

Once a place for the exiled princes and empresses, now a getaway for those tired of the hustle and bustle of the city! Princes' Islands, in Byzantine times, were a punishment place for royal families. hence, it's called princes' island. consisting of 9 islands in the Sea of Marmara, Princes' Islands have become very popular and have been one of the best destinations to break away from the city's rush. prince’s island consists of four larger islands, which are the most popular ones: Büyükada (Big Island), Heybeliada (Saddlebag Island), Burgazada (Fortress Island), and Kınalıada (Henna Island). if you are wondering which one you should start to visit, you should add all of them to your Istanbul travel guide!