What is Golden Horn Istanbul? The Golden Horn is the sleeve that divides Istanbul's historic center from the city's contemporary area. The Golden Horn, also known as Halich in modern Turkish, is the principal canal into Istanbul from the Bosporus.

Where is Golden Horn?

The waters of the Golden Horn serve to define the northern edge of the peninsula that makes up "Old Istanbul" as it is a natural delta that connects to the Bosphorus Strait at the spot where the Strait joins the Marble Sea (ancient Byzantium and Constantinople). Geographically, this estuarine entrance divides Istanbul's historic district from the rest of the city and creates a harbor with a horn-shaped shelter that has served as a haven for countless Greek, Roman, Byzantine, Ottoman, and other maritime trade ships throughout history. 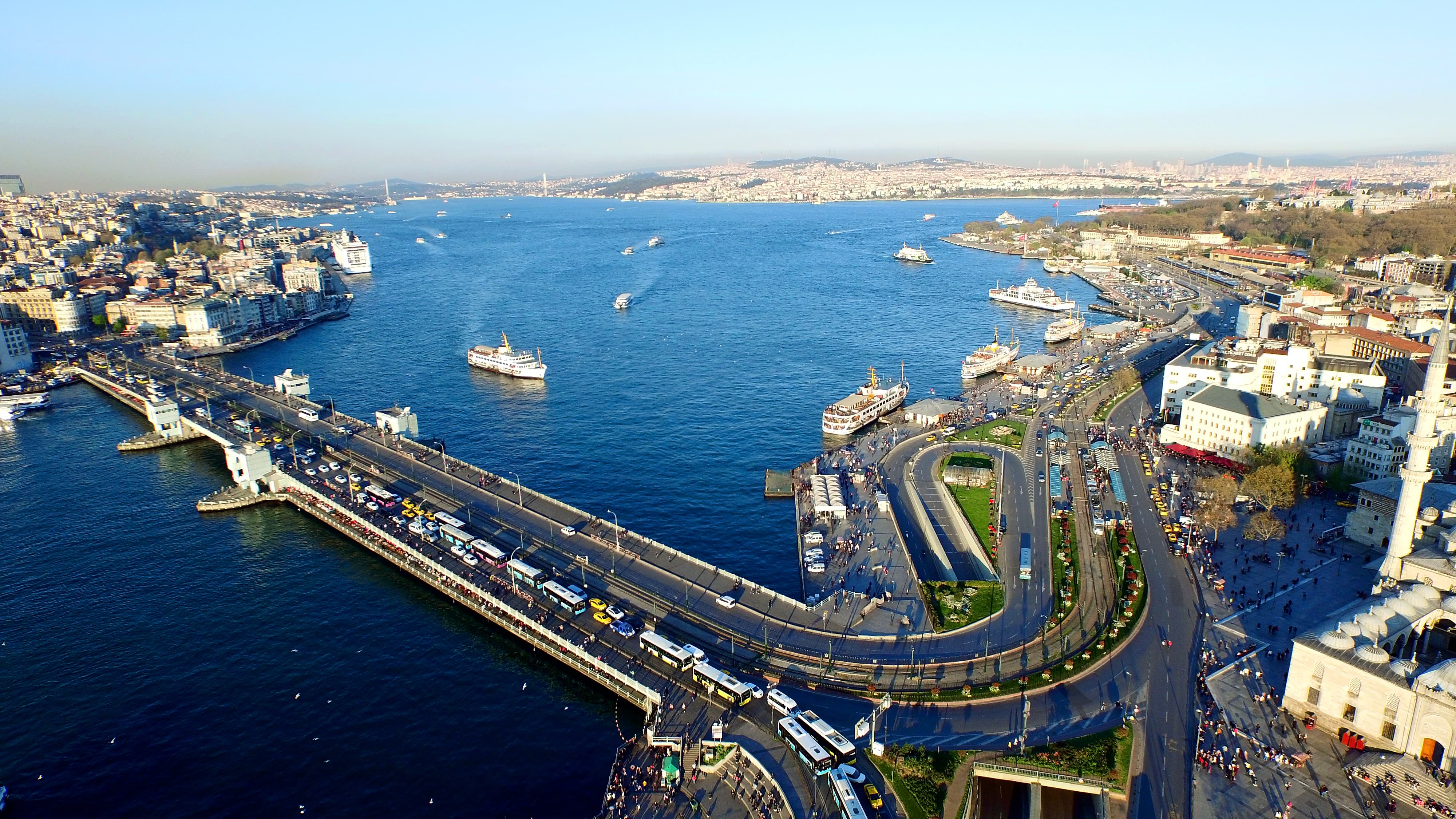 The Historic Bay Separating the European and Asian Parts of Istanbul

With the growth of the city, it has lost some of its significance as a major port but continues to be a vital waterway for transportation inside the city as well as a popular tourist destination thanks to the old Galata Bridge's eateries. Today, residential areas can be found on both coastlines, but only one has been transformed into landscaped quays, where, among other things, the infamous Bulgarian St. Stephen's Iron Church is located and where industrial waste is no longer dumped into the bay's waters. The Ataturk and Halich Bridges span the Golden Horn in addition to the Galata Bridge, which is located at the mouth of the harbor.

It's important to note that Leonardo da Vinci conceptualized a bridge over it without columns in 1502, but his proposal was never put into action; instead, it served as a basis for the design of a slightly smaller bridge that was built in Norway. Istanbul has two Golden Horn bridges. The M2 line of the Istanbul Metro, which passes through the Golden Horn in Istanbul, includes the steel cable-stayed Golden Horn Metro Bridge. It is the fourth bridge over the Golden Horn and opened for traffic in February. It connects the Beyoglu and Fatih neighborhoods on the European side of Istanbul and is situated between the Galata Bridge and the Ataturk Bridge, roughly 200 m east of the latter.

The bridge connects the Yenikap transportation hub in the Fatih district directly to the Haciosman metro station in the Sarıyer district. Ayvansaray in the southwest and Halicioglu in the northwest are connected by the second Golden Horn Bridge, which is located about 3 km to the north. You can cross the bridges to get from Galata Tower to Golden Horn.

A boat excursion of the Golden Horn is also offered. You can sign up for a boat tour to visit the Golden Horn and the Bosphorus. You will cruise the river that divides Asia and Europe for two hours, passing several well-known routes. The Dolmabahce Palace, the Ciragan Palace, the Maiden Tower, the Bosphorus Bridges, the fortifications of Rumeli and Anadolu, and the Ottoman mansions are just a few of the breathtaking sights you'll visit on Golden Horn Bosphorus tours.

You will enjoy the Bosphorus Cruise & Sightseeing Golden Horn trip, and you will have the chance to witness Istanbul's opulence and magnificence thanks to the lovely long coastline. Sailing here in the spring is especially enjoyable because that is when the Judah tree, an emblem of Ottoman Istanbul, blooms. According to agronomists, it is one of the oldest tree species in the world and is named after a well-known Bible story.

Few people will ever forget the purple and purple hues of its flowers, which blanket parks, streets, cemeteries, and promenades along the shore. If you want to take in the breathtaking view of the Golden Horn, you must go to the Pierre Loti Café. There is no finer view than the one offered from this location, where French Orientalist Loti spent his time gazing at the seas of the Golden Horn

Reviews
€12.00 / Per Person
Entrance Ticket
Turkish Marbling – Ebru Workshop in Istanbul
Join us for a fun and unique workshop to find out the history of Ebru Art and make your own!

What is Golden Horn Istanbul? The Golden Horn is the sleeve that divides Istanbul's historic center from the city's contemporary area. The Golden Horn, also known as Halich in modern Turkish, is the principal canal into Istanbul from the Bosporus.

View All
Best Hammams Of Istanbul!

This post will help you discover the finest hammams in istanbul for a traditional turkish bath experience.

Read More
What To Do In Uskudar, Istanbul?

Uskudar is a neighborhood of istanbul, turkey, located on the asian side of the bosphorus just across from besiktas.