The first urban park established in Istanbul was Gulhane Park. The park, which now has hundreds-year-old oak and walnut trees, was once the Topkapi Palace's exterior gardens while the Ottoman Empire was in power. As a result, the park did not become accessible to the general public until 1912, in the last years of the Ottoman Empire.

The park's historical significance goes beyond the fact that it was once an imperial garden. Additionally, it was significant in 19th-century Ottoman history. To modernize the empire, a number of reforms were launched in 1839, including the Tanziman Edict and Reforms. The Gulhane Edict also came to be known as the reforms that were announced at Gulhane Park. As a result, Gulhane Park represents both modernism and Istanbul's intricate tapestry of history. 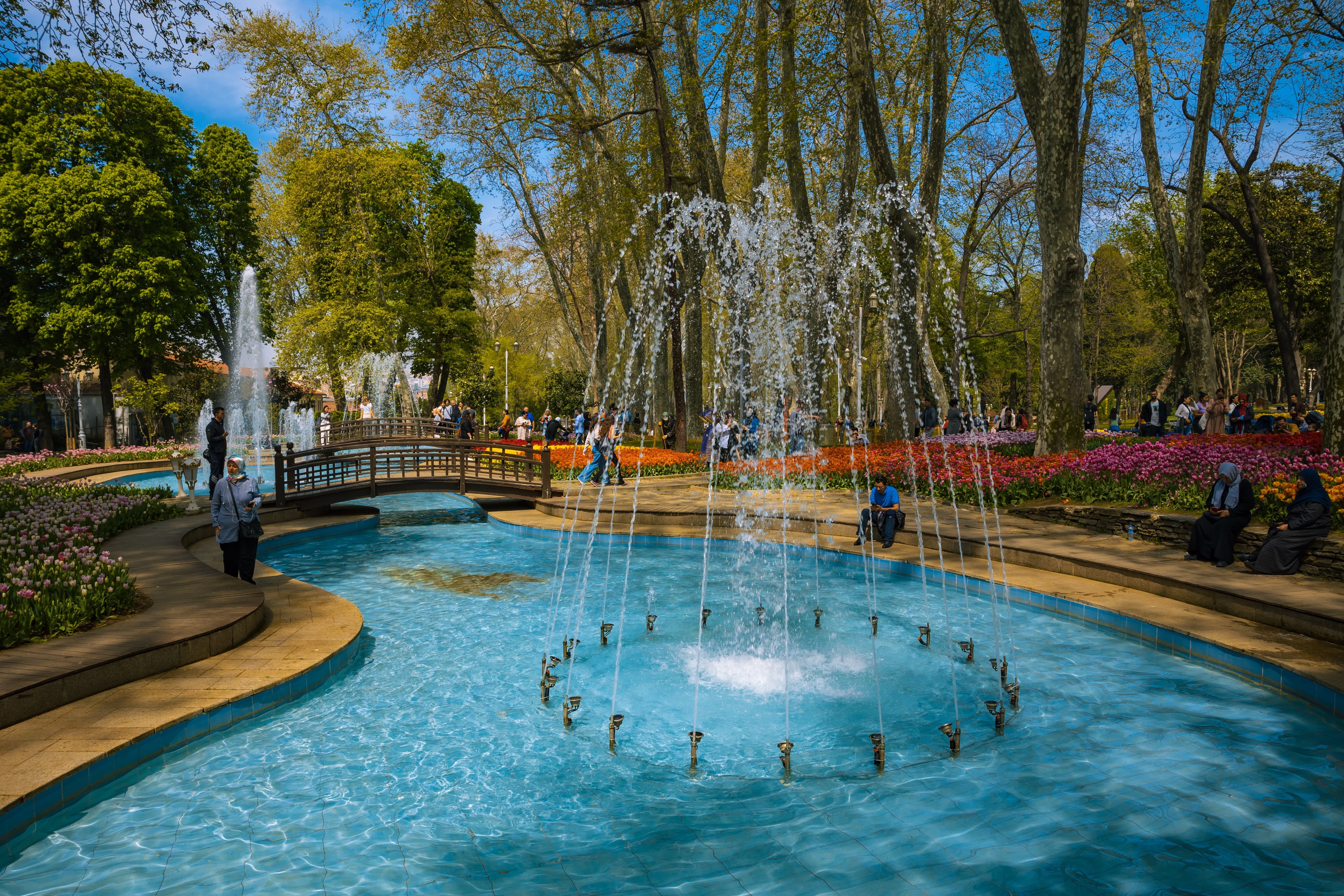 What To Do in Gulhane Park?

Gulhane Park, one of Istanbul's largest and most historic parks, provides tourists with a variety of activities. The park is home to the Column of the Goths, the city's oldest surviving monument. One of Istanbul's most enigmatic sights is a single marble column that dates back to the third century CE. The park has numerous walkways where you can stroll comfortably. You might descend to Gulhane Park Lake by taking one particular route.

You can even go to Gulhane Park during the tulip fest if you visit Istanbul in the spring. A significant Ottoman Empire icon, tulips are used to beautify the park during the Gulhane Park Tulip Festival. The park transforms into a vibrant fiesta of color during the festival, which typically lasts from March through April. Don't worry if you can't travel to Istanbul during that time. No matter the season, the park is exquisitely gorgeous. For instance, Gulhane Park is positively magical in February, particularly when it snows.

Tips And Tours Before Visiting

Because Gulhane Park is located in Sultanahmet, the heart of the historical peninsula of Istanbul, and is directly adjacent to the Topkapi Palace, it's close to many historic sites such as the Hagia Sophia, Topkapi Palace, the Istanbul Archeology Museum, the Blue Mosque and the Underground Cistern. The best way to get to Gulhane Park from Taksim, for instance, would be to take the T1 tram line and get off at the Gulhane Tram Station, which is located at the entrance of the park.

There is no Gulhane Park entrance fee, which means, that you can stroll into the park whenever you want, as long as you show up during the opening hours. The Gulhane Park opening hours are from 6 am to 10.30 pm, so you'll have plenty of time, no matter when you decide to drop by. If you want to plan your trip in the most efficient way possible and use Gulhane Park as a rest stop while touring the old city, why not get your Istanbul Tourist Pass from istanbul.com which will help you to plan your tour as efficiently and quickly as possible?

View All
The Princes Of Istanbul

Each of the prince islands has a history of at least twenty centuries and they are like rare stones in a necklace on istanbul. there are nine islands, distances of which to the city range between 2.3 and 15.5 kilometres; büyükada, heybeliada, burgazada, kınalıada, sedefadası, yassıada, kaşıkadası, sivriada and tavşanadası. but the closest to istanbul and the most popular of these are büyükada, kınalıada, burgazada and heybeliada.

This post will help you discover the finest hammams in istanbul for a traditional turkish bath experience.