It is known about istanbul to be considered one of the large and crowded cities in the world, this is because it is the main center of trade and industry in turkey not to mention its rich history which attracts millions of tourists every year. with such an environment, istanbul must have a very comfortable and connected public transportation network. 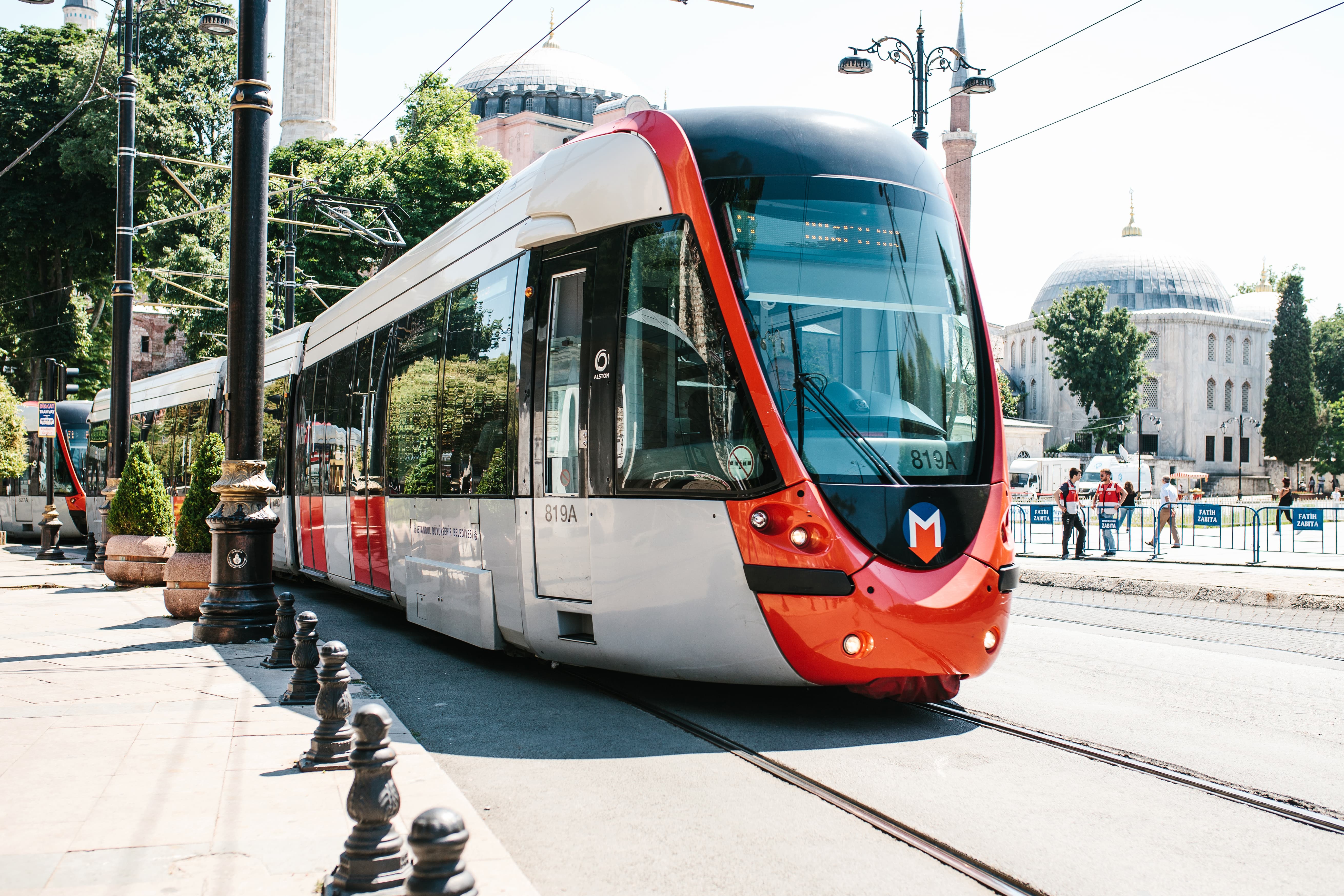 Despite having big highways and wide main roads, the city is always in traffic thanks to more than 9 million cars moving around the city on a daily basis. Thus, public transportation is a smart alternative for most people and faster too, the ride that takes you an hour in a car during traffic hours will take only 30 minutes in public transportation if not less.

The public transportation network in Istanbul splits into 3 main lines. The Metrobus line which is probably the most used line, goes across Istanbul all the way from the heart of the Asian side to the heart of the European side, the metrobus has it special lanes in the middle of the main highway E-5 and no other vehicles share these lanes thus, it save a lot of time for people.

The Metro lines, which are spread all over the city on both Asian and European sides. Istanbul city has more than 8 active metro lines that literally connect all places with each other. In addition, the metro lines are considered the fastest among transportation lines as it goes underground, the most famous metro line in Istanbul is the Marmaray line that transfers passengers under the Bosphorus to one of Istanbul’s sides.

Beside the three main transportation lines, you can find thousands of busses and minibuses (minibus) which go inside the alleys of neighborhoods. In case your destination is near to where you are staying it is better to use the bus or the minibus.

Lastly, the ferries that transfer passengers to princes islands and coastal station around the Bosphorus are absolutely comfortable and save a lot of time since it go across the water.

Is It Always Better?

Here is the thing, Istanbul city is on heavy traffic most of the time and especially from 6.30 to 10.00 AM and 5.00 to 10.00 PM because employees, workers, students, and everyone either going out of home or getting back home. Thus, it is better to use the public transportation lines during the rush hours while outside of it, it is better to stick with a taxi or your car. In addition, if your destination is really far away then it is better to use public transportation because it will be faster and economic.

Is Public Transportation In Istanbul Safe?

Yes, all of the stations are supervised by security and security systems and in general, there are no stealing in the public transportation and everyone walks free and comfortable but still, it is better to always pay attention to your stuff and bags.

How To Pay For Public Transportation?

You can use the public transportation in Istanbul by buying the Istanbul Cart and charge it with money, you will pay for each entrance by this card when entering the station. The price for entering differs from a station to another and from a transportation line to another but in general, you  will not pay more than 5.5 Turkis Lira.

When you get out of the station you will find a machine where to put the card in order to refund some of the money, this is only available when you travel for maximum 10 stations.