There are many byzantine structures in istanbul, but few are as stunning as this mosaic- and fresco-adorned cathedral. it receives a fraction of the visitors that the famed hagia sophia does, but gives equally intriguing insights into byzantine art. it is located in the shadow of theodosius ii's colossal land fortifications and is now a museum. the structure was initially known as the church of the holy saviour outside the walls (chora literally means country,' reflecting the fact that it was constructed outside of constantine the great's original city walls.

History Of The Chora Church

The church you see now is not the original. Instead, it was rebuilt at least five times, the most notable of which occurred in the 11th, 12th, and 14th centuries. Theodore Metochites, a poet and man of letters who was logothetes, the official responsible for the Byzantine treasury, under Emperor Andronikos II (r 1282-1328), sponsored virtually all of the interior décor – the famed mosaics and the less famous but equally impressive murals. Theodore offers the church to Christ in one of the museum's most beautiful mosaics, which can be located above the entrance to the nave in the inner narthex. 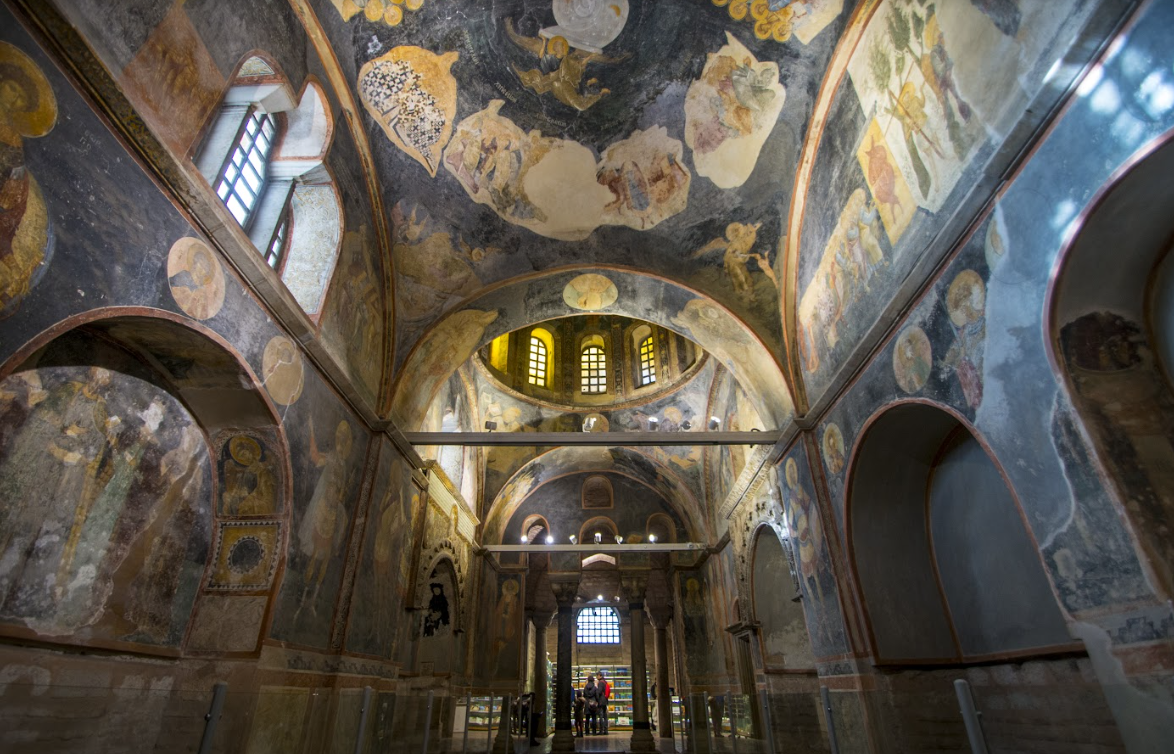 The Architecture Of The Chora Church

The nave, the two-story building constructed to the north, the inner and outer narthexes, and the chapel for graves to the south are the five primary architectural sections of the Chora today. A second significant renovation began in 2013. The nave, two-story annexes on the northern side of the structure, and the majority of the inner narthex have been finished, while construction on the outer narthex and preclusion was beginning at the time of the study.

Mosaics representing the life of Christ and the Virgin Mary fill the majority of the interior. The Khalke Jesus, which depicts Christ and Mary with two donors: Prince Isaac Comnenos and Melane, daughter of Byzantine emperor Michael VIII Palaiologos, is a must-see. This is in the inner narthex, under the right dome. The Genealogy of Christ, a magnificent portrayal of Jesus and his forefathers, can be seen on the dome. A serenely gorgeous mosaic depicting Mary and the Baby Jesus Surrounded by Her Ancestors may be seen on the left dome of the narthex.

Three mosaics may be seen in the nave: Christ, Mary and the Baby Jesus, and the Dormition of the Blessed Virgin (Assumption) – Because it's above the main door you just entered, spin around to view it. The 'baby' that Jesus is holding is actually Mary's soul.

The parecclesion, a side chapel to the right of the nave, was created to house the tombs of the church's founder, his relatives, close friends, and collaborators. This is embellished with paintings showing episodes from the Old Testament that deal with death and resurrection. The Anastasis, a magnificent artwork in the apse, depicts a mighty Christ raising Adam and Eve from their sarcophagi, surrounded by saints and rulers. Under Christ's feet are shown the gates of hell. The murals covering the dome, which depict Mary and 12 accompanying angels, are less impressive but no less magnificent. The Last Judgement, painted in brilliant white with gilded accents on the ceiling between this dome and the apse, shows this scenario from the Book of Revelation, with the rolling up of heaven symbolized by a coiling pattern surrounded by the choirs of heaven.

The main philosophy of Turkish Empires who resided in the Anatolian region is compassion against others, which is why monuments of religions other than Islam have made it to this day on Turkey’s lands, the Chora Church being the best example. If you wish to see more examples of this, we recommend you to visit the Istanbul.com website

Who built the Chora Church?
-Alexius' third son, Isaac Comnenus, restored the church. The church as we know it now was not completed until the third phase of construction, two centuries later.
What is Byzantine architecture known for?
-Byzantine architects were eclectic, leaning largely on Roman temple design elements initially. The Byzantine Greek-cross-plan church, with a square center mass and four equal-length arms, was created by combining the basilica with symmetrical central-plan, circular, or polygonal religious constructions.
Is Greek Orthodox the same as Byzantine Catholic?
-The Byzantine rite, commonly known as the Constantinople rite, is followed by the Greek Catholic population. Although this community is believed to be in line with the Roman Catholic church, the Byzantine rite has several distinct characteristics.
Is Byzantine Rome?
-After the fall of the Roman Empire, the Byzantine Empire endured for a millennium, culminating with the Ottoman invasions in 1453. While the Roman Empire had Rome as its capital, the Byzantine Empire had Constantinople, which was previously known as Byzantium and is now known as Istanbul.
Does Greek Orthodox Church recognize the pope?
-Orthodox believers deny the pope's authority and regard their own rulers as human beings who can make mistakes. They are identical to Protestants in this regard, who likewise reject any concept of papal supremacy.

Travelling alone may seem hard for some people but no worries at all, istanbul will take care of you like no other place in the world, regardless of how much money you have, and a lot of activities can be done in istanbul alone, from visiting ancient and historical places to filling your time in a pub or café. no single woman traveler should feel lonely in this wonderful city. let me show you what you can do in istanbul as a female traveler.

Every single city around the world has some specific symbols attached to it. we may travel to new york city to watch nyc square, or we may go to china to see the great wall of china. here in turkey some symbols are really amazing and they even improved it to remain within the same value till these days. one of turkey and istanbul’s big symbols is the tramway. these days we can get the tramway to reach from downtown to kabataş etc. but this symbol has a big different story. let the story begins.