Cruise on Bosphorus with City Tour

Choose a morning or afternoon tour with us to cruise the stunning Bosphorus, see many important landmarks and tour the Golden Horn.... 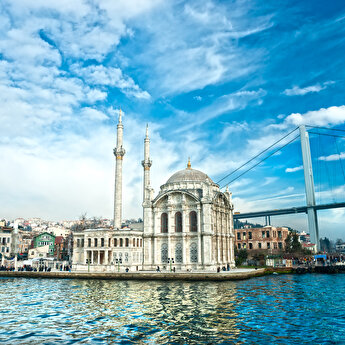 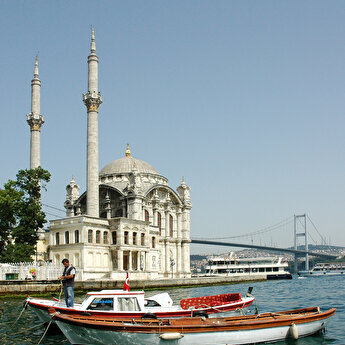 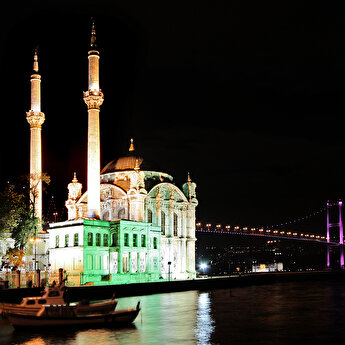 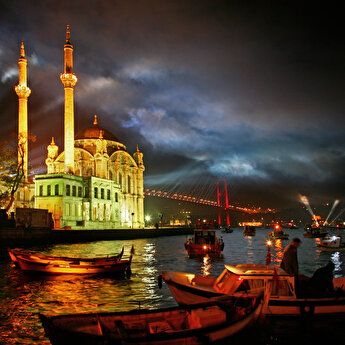 When should I visit Ortaköy Mosque?

You can visit Süleymaniye Mosque out of pray times.

Is it expensive to visit Ortaköy Mosque?

There is no entrance fee to Ortaköy Mosque.

How to get to the Ortaköy Mosque?

It is easy to reach with public transportation. You can take bus from Kabataş to Ortaköy District. It is 5 minutes walk away from Ortaköy stop.

Will I need a guide at Ortaköy Mosque?

You can visit museum on your own but a tour with guide would definitely be better.

Things to do near Ortaköy Mosque


A Mosque of Many Faces


You might be wondering why the Ortakoy Museum is so important. Perhaps some Ortakoy Mosque facts will help you understand; The Ortakoy Mosque was built in the 19th Century, in place of an older, 18th Century mosque that did not quite stand the test of time. The mosque was built by the Armenian architect Garabet Balyan and his son, Nigogayus Balyan on the orders of Sultan Abdulmecid to serve as the Grand Imperial Mosque. The two architects created a grand, truly impressive structure and no wonder, for they were also the architects who designed the spectacular Dolmabahce Palace. The mosque was built in the new-Baroque style. Its ornate exterior lets plenty of natural light in which serves to highlight the captivating calligraphy you can encounter inside, made by Sultan Abdulmecid himself. The small main chamber of the mosque is in the shape of a square whose edges are 12.25 meters each. The ceiling of the mosque is typically dome-shaped and is covered in incredible pink mosaics. Finally, the mosque has two tall minarets but only one sherefe or minaret balcony.

Getting to the Ortakoy Mosque is luckily very easy. For instance, to get from the Ortakoy Mosque to Taksim all you have to do is catch either the bus 40, 40T or 42T. Similarly, if you want to get from Sultanahmet to the Ortakoy Mosque all you have to do is hop over to Kabatas via subway and then catch the bus 22, 22RE or 25E.  Luckily, you can easily plan your trip to Ortakoy with the Istanbul Tourist Pass.  Aside from that if you're wondering what the Ortakoy Mosque entrance fee is once you get there; that's up to you. As the mosque is a religious building open to the public, the entry fee is entirely donation based. So, you can pay as much or as little as you want.
Once you've toured the Ortakoy Mosque, you will be able to find plenty of things to do in the neighborhood. You can take a walk next to the Bosphorus or if you're feeling more culturally incline you can pay a visit to either the St. Phocas Greek Orthodox Church or the Etz Ahayım Synagogue, both of which are fairly close by. If you visit the mosque on a Sunday, you'll be able to browse around the local crafts market that sets up shop there. If you're feeling peckish, there are plenty of restaurants near the Ortakoy Mosque such as the Feriye Palace, Banyan, Kalamata or Muessese. So, why not stroll around a bit and discover not only one of the most historic mosques in Istanbul, but oldest, most charming neighborhoods as well.

Our guide was so kind when they arrive to our hotel. Due our ages we could not move speed. Coach was so cold. Years years ago i was here. I have visited Spice Market. Changed so much. But the Bosphorus gave us a few years more to live.

Inspite of the duration was circa 3 hours, i thought i was just a few minutes. Really enjoyable. Especially Metal Church was so good. It was like a film set.

If it is your first visit of Istambul you shoul make a Bosphorus Tour. To see closely the blueness. And you should smell Egyptian Bazaar.