Eyup Sultan Mosque is a mosque located on the shore of the golden horn. it is touted as one of the best-represented examples of ottoman architecture. eyup sultan mosque is open to worship today and is one of the mosques tourists visit with interest. after it was built, it became one of the most visited places. in addition to this, it is still one of the places people worship the most, as well as being a prominent tourist attraction.

Eyup Sultan Mosque is actively used as a place of worship today. We should note that it had more than one architect at its time of construction and that it still is one of the holiest places of worship in the country. Though it is still being used as a place of worship, this does not mean it is not also a tourist attraction. So, you can still go and see all the architectural beauty it has got to offer. Don't forget the benefits you will get from Istanbul Tourist Pass! It will surely be even more enjoyable with a proper Istanbul travel guide.

The district where the mosque resides is also called Eyup Sultan. Although it was damaged due to many natural disasters throughout history, these damages were repaired over time. And now you can see this beautiful Mosque with all its might and beauty.

Impressive Architectural Structure Of The Mosque 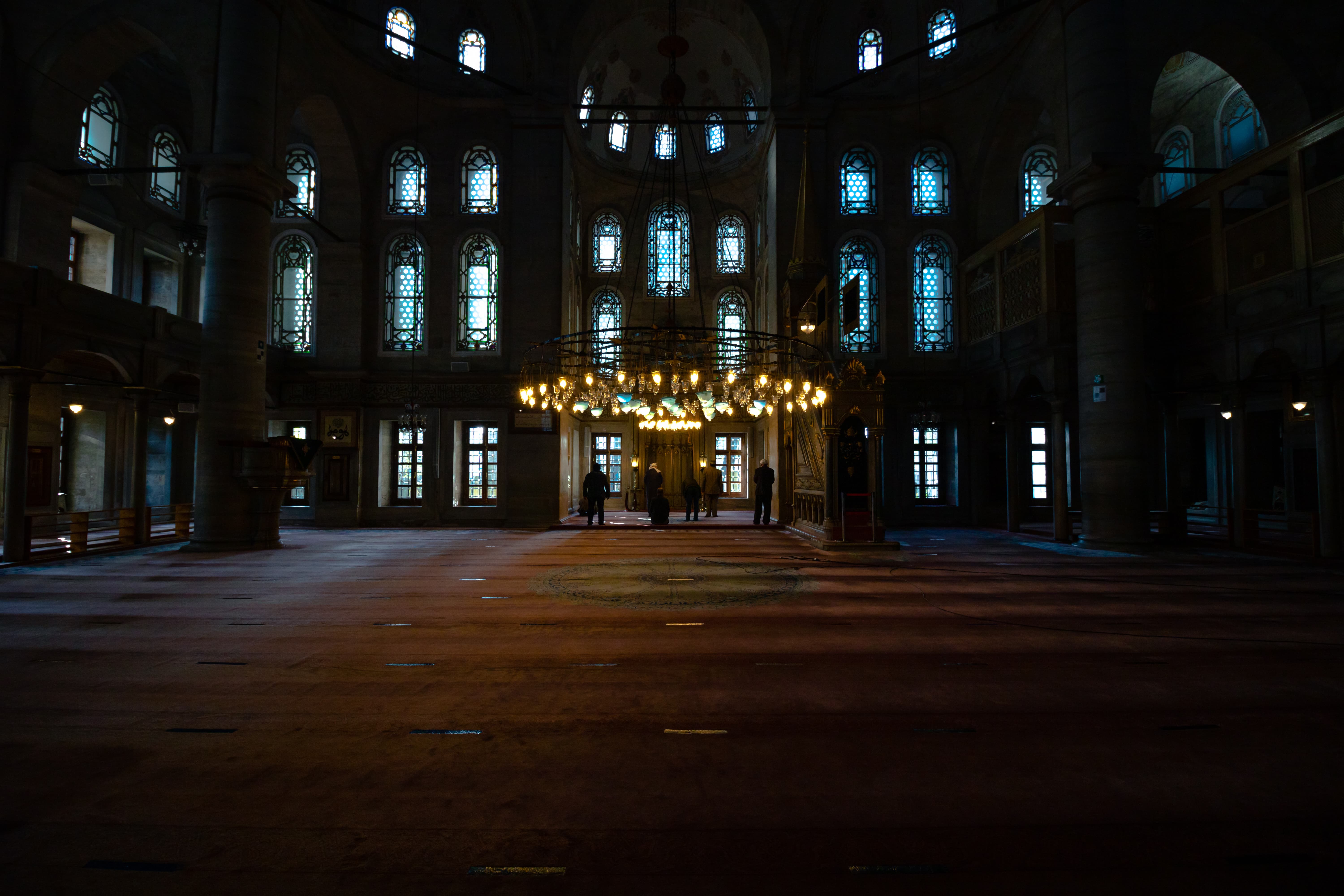 Eyup Sultan Mosque was built in 1459 during the reign of Sultan Mehmet the Conqueror in the Eyüp region of Istanbul. The main plan of this mosque, which was designed as a social complex, dates back to ancient times. This mosque, which remained a project idea for a long time, was finally decided and built in 1459. It has one central and twenty minor domes surrounding it. It stands out with its complex design since inside of itself, Eyup Sultan Mosque hosts numerous sepulchers and tombs.

Although it managed to preserve its majesty and beauty for centuries, an earthquake in 1766 caused a restoration to take place. This mosque, whose entire building plan has been redrawn, is one of the few places considered very sacred by Muslim people and tourists. We assume even these historical facts alone make it a place quite worth seeing as a tourist attraction.

It is accepted as one of the best represented examples of Ottoman architecture. After it was built, it became one of the most visited and worshiped places in the Ottoman period. This building, which has been among the number one tourist attractions in Istanbul today, is flooded by domestic and foreign tourists. Needless to say, it is among the best places to visit in Istanbul.

Favorite Of The Turkish People; Worship In The Eyup Sultan Mosque

Eyup Sultan Mosque, which is popular among tourist attractions, attracts Muslim tourists and foreign tourists. It hosts Muslim tourists from various parts of the world. It is constantly overflooded, and it also manages to attract the attention of the local people. The people who have been performing their worships that have been going on for centuries managed to keep the spirit of Eyup Sultan alive.

The mosque itself and the other structures inside its domain are spread over a rectangular area. The mosque with protruding mihrab is covered with 21 domes, one of which is the central dome with a diameter of 17.5 meters. Baroque fountains, believed to be sacred and healing water, are placed in all four corners. Around Eyup Sultan, there are other landmarks that you will enjoy looking at, such as a mighty plane tree, cypress trees, and cemeteries surrounding the building in its central courtyard.

Dear and loved poets and authors or historical characters such as Ahmet Haşim, Fevzi Çakmak, Necip Fazıl, Ziya Osman Saba and Sokullu Mehmet Pasha rest there. Eyup Sultan Mosque enchants its visitors with its majestic structure and fascinating history. If you want to crown your Istanbul trip, give this place a chance and visit Eyup Sultan Mosque with the Istanbul Tourist Pass.

You can have detailed information about its history with a private guide service. At the same time, you can benefit from the privileges of an Istanbul Tourist Pass membership and experience a premium travel experience. When your trip is over, if you want to continue your tour with cultural elements, you can turn your route to Basilica Cistern and discover the different cultures of Istanbul. You can learn more about the other best places to visit in Istanbul from Istanbul Tourist Pass website. It will serve you as a perfect Istanbul travel guide

Istanbul is a city that has an amazing history, the empires that lived their peak where based in Istanbul, which shaped the history and the beauty of this city. In addition, these empires left many relics in the city. We will talk about one of them, the Hagia Sophia.

View All
Summer Houses In Istanbul