A Wonderful Tower With Breathtaking View

Get around Istanbul in comfort and save your energy for exploring the attractions! ...

Istanbul, one of the most attractive cities in the world, has got various historical buildings with magnificent architecture and stories. Galata Tower is one of those structures which attract travelers and tourists as it is situated in a busy zone interconnecting Karaköy, Eminönü, and Beyoğlu.
​
Read more... 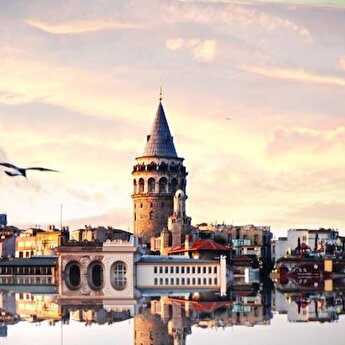 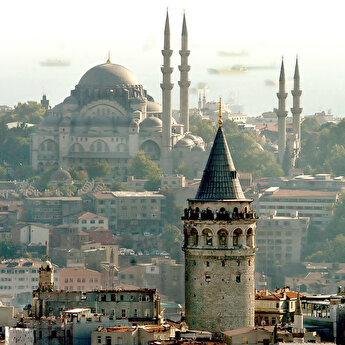 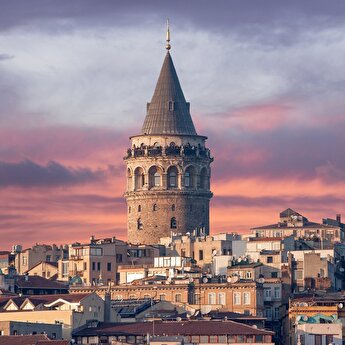 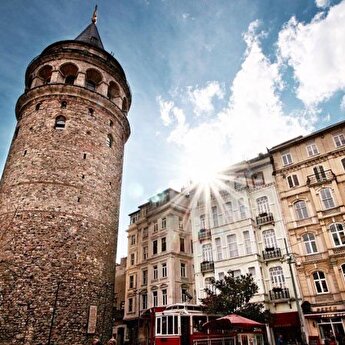 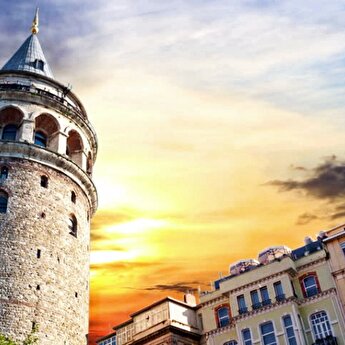 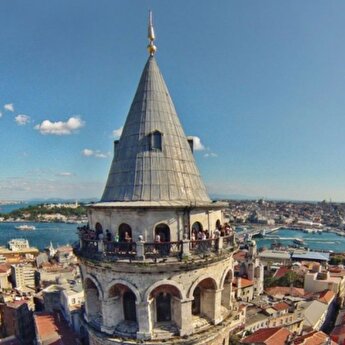 When should I visit Galata Tower?

Is it expensive to visit Galata Tower?

How to get to the Galata Tower?

It is easy to reach with public transportation. You can take the M2 Metro line to Şişhane Metro Station. It is 5 minutes walk away from Şişhane stop.

Will I need a guide at Galata Tower?

You can visit museum on your own but a tour with a guide would definetely be better.

Things to do near Galata Tower

Is Galata Tower free - Visiting Galata Tower is easy because there is no early booking needed. You can pay the entry fee either online or just at the entrance. There is a pricing policy varying for students, adults, and foreigners, but all the prices are very low compared to many others. It is designed like a museum, so you can enjoy your time through a guided Galata Tower tour. A strongly recommended one is the Genoese Walks Galata tour that provides you with very interesting stories about the historical building as well as its surroundings.

Does Galata Tower have a lift– Galata deserves the name of ¨tower¨ because its architectural plan was designed to have nine floors with a height of almost 220 feet that is exactly 66.90 meters, from the ground up to the cone. Originally, it used to have only steps to climb but in 1967, Istanbul Municipality added a lift to the renovation and today, Galata Tower lift allows tourists to go directly up to the window-room where a nice restaurant and cafe is located.

What time does Galata Tower open and close - Galata Tower opening and closing schedule allows visitors to see the daytime and sunset views of Istanbul. It opens at 09:00 and closes at 19:00 every day. It is possible to enjoy the night panorama of the city on the top of Galata Tower accompanied by a tasty dinner until 22:00. For a table booking, you can contact istanbul.com customer services to have the details.

The History of Galata Tower

Galata Tower is an interesting building with its construction, structural features and of course, the delicate mixture of East Roman, Genoese and Ottoman characteristics.

Who built Galata Tower – There are two stories about the construction of this tower. The first assumption is that Byzantium Empire Anastasios was the first person who built Galata Tower in 528 as a lighthouse. The second assumption dates the history back to 1348 when the Genoese arrived and Galata city walls were built to protect inside. Galata Tower was built to function as a surveillance tower on the walls.

What was the Galata Tower used for - It is known that the Galata Tower was primarily used for military purposes. The defense function of Galata Tower during the East Romans was converted into the main fire detection tower by the Ottomans and it became a dungeon for dockyard prisoners during Sultan Süleyman the Magnificent.

Why is Galata Tower famous - There are several events underlying the reasons why Galata Tower is famous among travelers of Istanbul. First of all, Hezarfen Ahmet Çelebi succeeded to fly from Galata Tower to Usküdar Doğancan using his wooden wings in 1638. After the establishment of the first modern Ottoman Fire Brigade in 1714, it started to be used as a fire detection tower due to its height and perfect location. Apart from these successful attempts, a sorrowful event occurred in 1973, when famous Turkish poet Umit Yaşar Oğuzcan’s 15-year-old son Vedat committed suicide, there. The famous poet wrote one of his elegies for the memoir of his son.

What's inside Galata Tower- There is a museum and a restaurant-cafe combination inside Galata Tower. The current conic top, which has 14 windows, was designed and added to the structure during the reign of Mahmut II in the 19th century. Today, this part serves visitors as a nice restaurant with a terrace to have a panoramic view of the Bosphorus, the Golden Horn and real Istanbul.

Activities and Transportation around Galata Tower

It is easy to reach Galata Tower by bus, tram and even underground. The closest station to Galata Tower is Karaköy station. For travelers, the easiest transportation from Galata Tower to the airport is to take the tram interconnected underground at Karaköy or Eminönü stations. However, if you prefer saving time, there is a better alternative: Istanbul Airport Private Transfer picks up at any point you decide for a very reasonable price.

What to do near Galata Tower- Due to its excellent location, there are many alternatives for the ones who consider what to do near Galata Tower. It is possible to walk around the historical zone of Istanbul or go to Beyoğlu to participate in cultural activities. The best choice of combining both is to attend Genoese Walks in Istiklal Street and Galata as it gives a chance to go shopping and sightseeing in the area. Another advice for the ones who consider what to eat near Galata Towerdepends on your taste. In the Galata district, there are lots of restaurants, cafes, and fast food corners. PePo Café and Restaurant in Galata serve different delicacies in the magnificent atmosphere around the tower. It is always a good idea to cross the Galata Bridge and to have the insight of Eminönü as Galata Tower and bridge are two unified components. During this exploration, you can take a rest at famous Coffee Sapiens Karaköy to sip your coffee.

There was 2 routes. I think the red one was better than the blue one. We stopped by a lot of attraction. We joined Dolmabahce Tour and hop on again. It was nice.

The employees of the bus company were doing their job very good and they were very nice. They helped us a lot to find the places. The explanation of audio guide was very informative.