All About Istiklal Street

Istiklal street (istiklal avenue) is a must-see attraction for all visitors visiting istanbul. istiklal thoroughfare, also known as “independence caddesi,” is a 1.5-kilometer-long colorful pedestrian street and magnificent boulevard that runs through beyoglu and is lined with stores, restaurants, cafés, and street performances. it is situated near taksim square. the istiklal street tram is a vintage tram that traverses the length of the street. istiklal street is also one of istanbul’s top tourist attractions.

Where Is Istiklal Street?

Istiklal Street, formerly known as Grande Rue de Pera, is one of Istanbul’s most popular gathering places, a hub for leisure activities, and one of the city’s most attractive avenues. It is located in the Taksim area of the Beyoglu district. In Turkish, Istiklal signifies “independence.” 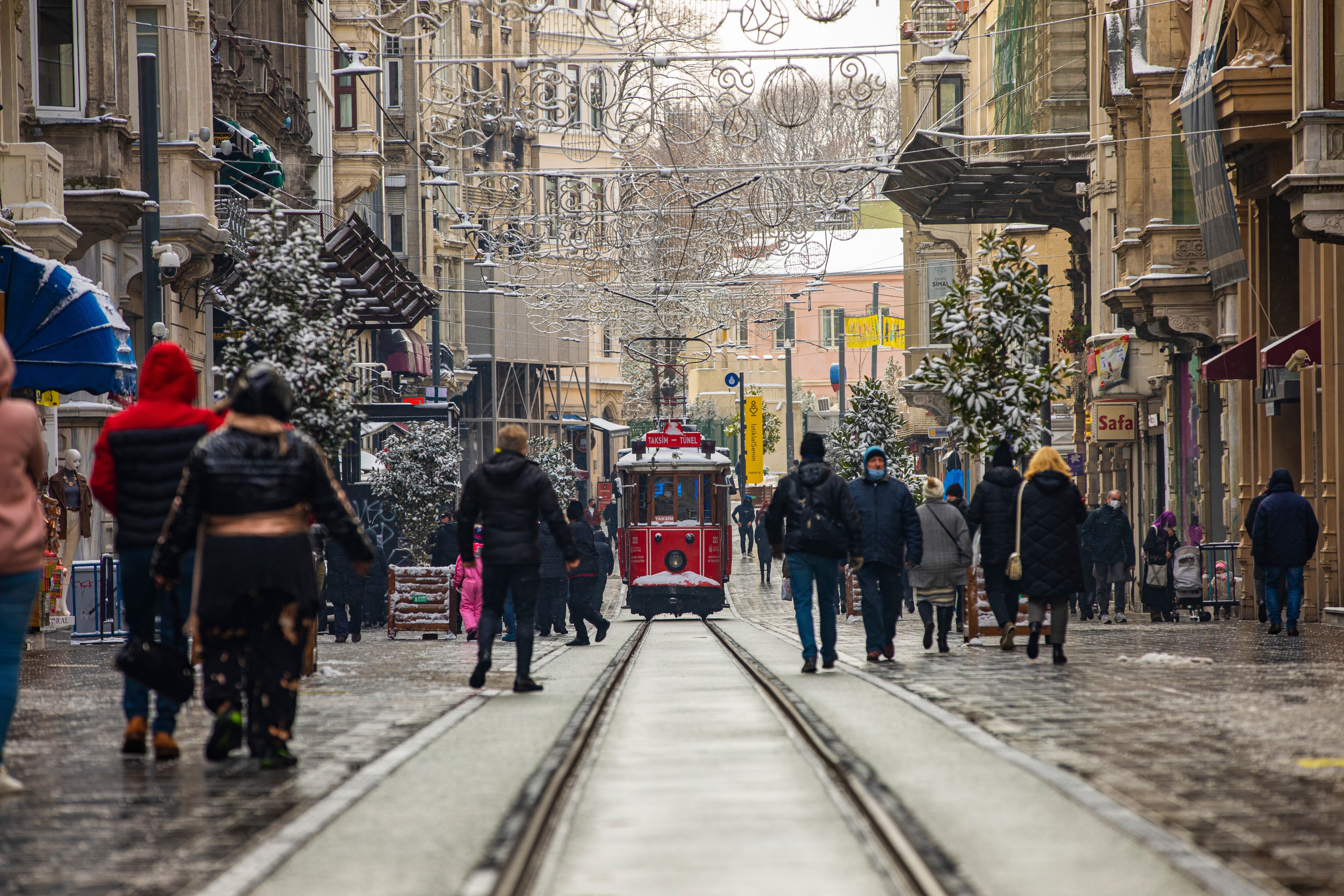 What To Do In Istiklal Street?

Istiklal Street is Istanbul’s busiest thoroughfare. And, at any hour of the day or night, in both summer and winter, you can always witness a swarm of both residents and visitors here. It is located in the Beyoglu neighborhood, previously known as Pera, which is known for its arts and culture. Istiklal Street goes from Taksim Square in the north to Tunel Square in the south, leading to Galipdede Street and then to the renowned Galata Mevlevihanesi (Dervish Lodge) with its ancient gate and, if you continue downhill, to the famous Galata Tower. On the Galatarasay plaza, there is a half-way break.

Istiklal Street is dotted with old palaces, mansions, and embassies from the 19th century that are now home to high-end retailers. With many excellent stores, bars, cafés, discos, clubs, and restaurants, it is just as bustling at night. Every day, it is estimated that up to a million people stroll up and down Istiklal Street.

The historical Flower Passage (Cicek Pasaji), which dates back to 1870 and was once used to sell flowers by White Russian refugees fleeing the Bolshevik Revolution, is a popular arcade where visitors can enjoy the lively atmosphere of its lively restaurants famous for mezes, raki, and gypsy musicians.

The Suna and Inan Kirac Foundation established the Pera Museum in 2005 as a private museum. The museum is housed in an outstanding historical structure that was initially designed as the Bristol Hotel in the Tepebasi district, across from the right down end of Istiklal Boulevard. At the Pera Museum, there are permanent collections of Orientalist paintings, Anatolian weights and measures, and Kutahya tiles and ceramics, as well as numerous other exhibits. It’s one of the most important and famous museums in the city!

Between Tepebasi and Istiklal Streets lies Asmalimescit, a famous street and nighttime entertainment area. Visitors may enjoy the vibrant ambiance of the city’s small streets, which are lined with cafés, eating establishments, open-air art performances, and other attractions. The neighborhood is yet another fantastic nightlife hotspot in Istanbul. The location may keep tourists engaged until the early hours of the morning. Tip: if you are visiting Asmalimescit, pay a visit to the restaurants, as well! You’ll find many suprises.

A wax museum and entertainment center in the Grand Pera building on Istiklal Street, which spans 2,000 square meters. Madame Tussauds is a museum chain that features life-size wax reproductions of well-known celebrities and historical figures, as well as historical and cultural heroes from Turkey’s past, as well as contemporary personalities from the arts, sports, and politics. This is a great location to visit with your family, particularly if you have children.