Every important city in the world is bequeathed with a park that it's known for. New York City is known for Central Park. London is known for Hyde Park. Istanbul, however, is known for Gulhane Park, which literally means the Park of the House of Roses. This isn't simply because the park is incredibly beautiful. It's also because Gulhane Park is one of the most historic sights you could ever visit in Istanbul. 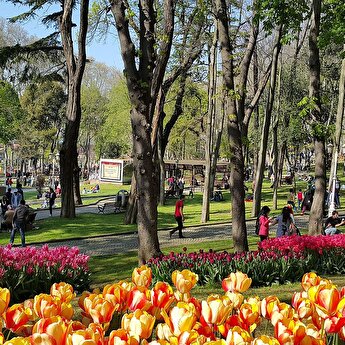 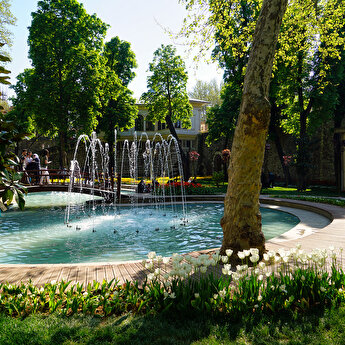 When should I visit Gulhane Park?

You can visit the park all day.

Is it expensive to visit Gulhane Park?

There is no entrance fee to Gülhane Park.

How to get to the Gulhane Park?

It is easy to reach with public transportation. You can take the T1 tram. It is 5 minutes walk away from Gülhane stop.

Will I need a guide at Gulhane Park?

You can visit Gulhane Park on your own.

Things to do near Gulhane Park

Every important city in the world is bequeathed with a park that it's known for. New York City is known for Central Park. London is known for Hyde Park. Istanbul, however, is known for Gulhane Park, which literally means the Park of the House of Roses. This isn't simply because the park is incredibly beautiful. It's also because Gulhane Park is one of the most historic sights you could ever visit in Istanbul.

Gulhane Park is the oldest urban park in Istanbul. Bedecked with oak and walnut trees that are hundreds of years old, the park used to be the outer gardens of the Topkapi Palace during the reign of the Ottoman Empire. Because of this the park was not open to the public until 1912, during the final years of the Ottoman Empire.
The park doesn't just hold historic value because it used to be an imperial garden. It has also played an important role in Ottoman History during the 19th Century. In 1839 a series of reforms were declared here such as the Tanziman Edict and Reforms were announced, aiming to modernize the empire. Because this edict and these reforms were announced at Gulhane Park, they also became known as the Gulhane Edict. Because of this, Gulhane Park serves as both a symbol of Istanbul's woven tapestry of history and of modernity.


What to do in Gulhane Park?

As one of the most historic venues and biggest parks of Istanbul, Gulhane Park offers its visitors many things to do. The oldest known monument in Istanbul, called the Column of the Goths, is located in the park. Erected in the 3rd Century CE this solitary marble column is one of the most mysterious sights you can come across in Istanbul. There are many paths in the park where you can take leisurely strolls. One path that you take may lead you down to the Gulhane Park Lake. Another may take you to the Gulhane Park Playground, where your kids can have fun playing while you take a load off at one of the park benches. The paths may even whisk you off to the Gulhane Park Tea Garden, where you can enjoy of cup of Turkish tea and relax after a long day of sightseeing.
If you come to Istanbul in the spring, you can even visit Gulhane Park during the Tulip Festival. During the Gulhane Park Tulip Festival, the park is decorated with millions of tulips, an important symbol of the Ottoman Empire. The festival usually lasts from March to April and during that time the park is a fiesta of color that's incredible to behold. If you can't make it to Istanbul during that time, fear not. The park is uniquely beautiful no matter what the season. Gulhane Park in February, for instance, is positively enchanting, especially when it snows.


Tips and Tours Before Visiting

Because Gulhane Park is located in Sultanahmet, the heart of the historical peninsula of Istanbul, and is directly adjacent to the Topkapi Palace, it's close to many historic sites such as the Hagia Sophia, Topkapi Palace, the Istanbul Archeology Museum, the Blue Mosque and the Underground Cistern. The best way to get to Gulhane Park from Taksim, for instance, would be to take the T1 tram line and get off at the Gulhane Tram Station, which is located at the entrance of the park.

There is no Gulhane Park entrance fee, which means, that you can stroll into the park whenever you want, as long as you show up during the opening hours. The Gulhane Park opening hours are from 6 am to 10.30 pm, so you'll have plenty of time, no matter when you decide to drop by. If you want to plan your trip in the most efficient way possible and use Gulhane Park as a rest stop while touring the old city, why not get your Istanbul Tourist Pass from istanbul.com which will help you to plan your tour as efficiently and quickly as possible?