Get around Istanbul in comfort and save your energy for exploring the attractions! ...

The Bosphorus sounds magnificent with the Ottoman-style architecture surrounding its coastal line. There are palaces, mansions and imperial summer houses covering both the European and Asians sides.Beylerbeyi Palace is one of the most prominent historical structures as it was home for the royals and the Sultans for a long time.
​
Read more... 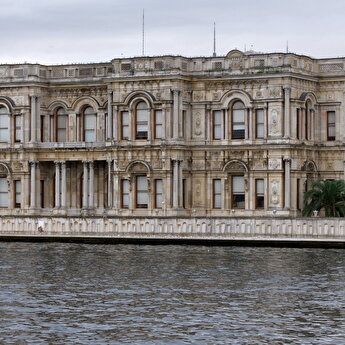 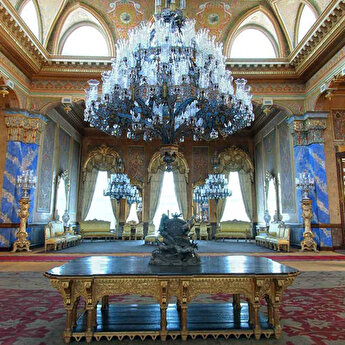 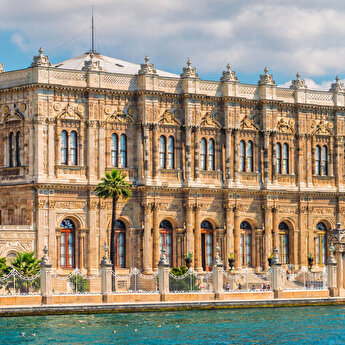 When should I visit Beylerbeyi Palace?

You can visit Beylerbeyi Palace Tuesday to Sunday 9:00AM to 4:00PM. The Palace is closed to visits on Monday.

Is it expensive to visit Beylerbeyi Palace?

How to get to the Beylerbeyi Palace?

You can reach with public transportation. Take a bus from Üsküdar Port to Beylerbeyi Stop. You can reach Usküdar by Marmaray Metro Line and Boat.

Will I need a guide at Beylerbeyi Palace?

You can visit museum on your own but a tour with guide would definetely be better.

Things to do near Beylerbeyi Palace

This impressive museum is located in the so-called district of Üsküdar on the Asian side. Beylerbeyi Palace opening hours and closing schedules allow its visitors to explore all the details of the structure with full appreciation. Beylerbeyi Palace hours are similar to those of other museums except an earlier closing time. It opens at 09:30 in the morning and closes at 16:00 in the afternoon. On Monday, the palace is closed for tours and visits.

There is an entrance fee for the palace with several variations for students, adults and half-price age groups. Beylerbeyi entrance fee is not higher than other well-known museums in Istanbul so that it lets everybody discover the delicacy of artistic decoration and the imperial soul of the venue.

It is possible to arrange Beylerbeyi Palace tour separately during these hours or in a combined program including other tourist attractions around. One of the choices is to take Bosphorus Cruise and Istanbul Sightseeing tour during which you can see the magnificent architecture lacing the European side with Dolmabahçe and Çırağan Palaces while spotting Beylerbeyi Palace and manor houses called ¨yali¨ on the Asian side.

Beylerbeyi Palace history dates back to the first decades of the 19th century when Sultan Mahmud II gave the order to build up this originally wooden palace. Unfortunately, the earlier palace was destroyed by a fire and Sultan Abdulaziz commissioned to rebuild it in the same location. It is known that the construction went on between 1861 and 1865 for four years.

Beylerbeyi Palace was built to host the royals as a summer palace while becoming a guest residence for visiting heads of states. Duke and Duchess of Windsor, Empress Eugenie of France were just two of those highly reputed guests of Beylerbeyi Palace in the late 1800s. This imperial summer house also accommodated Sultan Abdulhamid II for 6 years till his death.

Beylerbeyi Museum receives its name from the Turkish word meaning ¨Lord of the Lords¨ referring to the governing body of Istanbul. This powerful meaning is reflected in Beylerbeyi Palace interior design and its architecture. The palace shares a traditional Ottoman house plan with the glimpses of French neo-liberal style. The long side of the rectangular plan captures the unique view of the Bosphorus on its windows and the garden.

The palace is situated on 2500 m2 area including the residence and its beautiful garden. Beylerbeyi Palace Museum is renowned for its wide variety of flora and trees. What is specific here is that Beylerbeyi Palace garden reflects the fresh and soothing climate with those trees and two small tea kiosks. Beylerbeyi Palace historic tunnel behind the building unites two pavilions of Yellow Kiosk by the pool on the upper terrace and the Marble Kiosk with its interior fountain. These two water sources also display an abundance of fertility and Ottoman wealth.

Beylerbeyi Palace Museum is worth to see with the garden and the memories of historical figures resided there. It also reflects stylistic features of the Ottoman architecture lacing the Bosphorus. Thus, an alternative way to explore the destination is to attend the Bosphorus Strait Boat Tour with Beylerbeyi by which you can capture the past via the impressive history of Beylerbeyi Palace and the Maiden’s Tower.

It is easy to find the route for how to go to Beylerbeyi Palace as there is public transport from Üsküdar and Kadıköy. You can also check the walking route and the bus schedules easily on your Turkish Pocket Wifi and Istanbul map service delivered by istanbul.com, which makes free and safe internet available for you while giving background information about your tour, as well.

There was 2 routes. I think the red one was better than the blue one. We stopped by a lot of attraction. We joined Dolmabahce Tour and hop on again. It was nice.

The employees of the bus company were doing their job very good and they were very nice. They helped us a lot to find the places. The explanation of audio guide was very informative.