The PTT Museum Istanbul, also known as the istanbul postal museum, is a postal museum in turkey that showcases the historical growth of mail and communications services in the anatolia region, including both turkey and the ottoman empire. along with a lovely collection of postage stamps, there are numerous pieces of postal-related equipment on display here. we strongly advise everyone to visit the museum because it is very unique. without further ado, let's discuss the museum's specifics.

Mail Section: There are numerous mannequins in this part that are dressed in the various outfits that mail carriers and military couriers have worn over the course of the nation's history, from the Ottoman Constitutional period to the early years of the Republic of Turkey to the present. Additionally, there are a lot of exhibits with historical postal service relics such as franking machines, locator maps, mail satchels, pouches, and bags.

Telegraph Section: The display of the first telegraph office from 1855 is the highlight of the section on telegraphy. A telegraph was sent from the Bulgarian city of Shumen, which was then a part of the Ottoman Empire, to Istanbul on September 9, 1855, during the Crimean War. The telegram "The Allied troops reached Sevastopol" announced the triumph of the Allied forces in the Siege of Sevastopol.

The telegraphy room of Hamdi Bey is an additional significant component of this area of the Istanbul Postal Museum. During the takeover of Istanbul by the Allied forces, he sent telegraphs to Mustafa Kemal Ataturk in the Morse alphabet on the situation in Istanbul. He was subsequently taken prisoner by hostile troops, but all of the original telegraphy room's historical apparatus has been preserved and is now on display here. 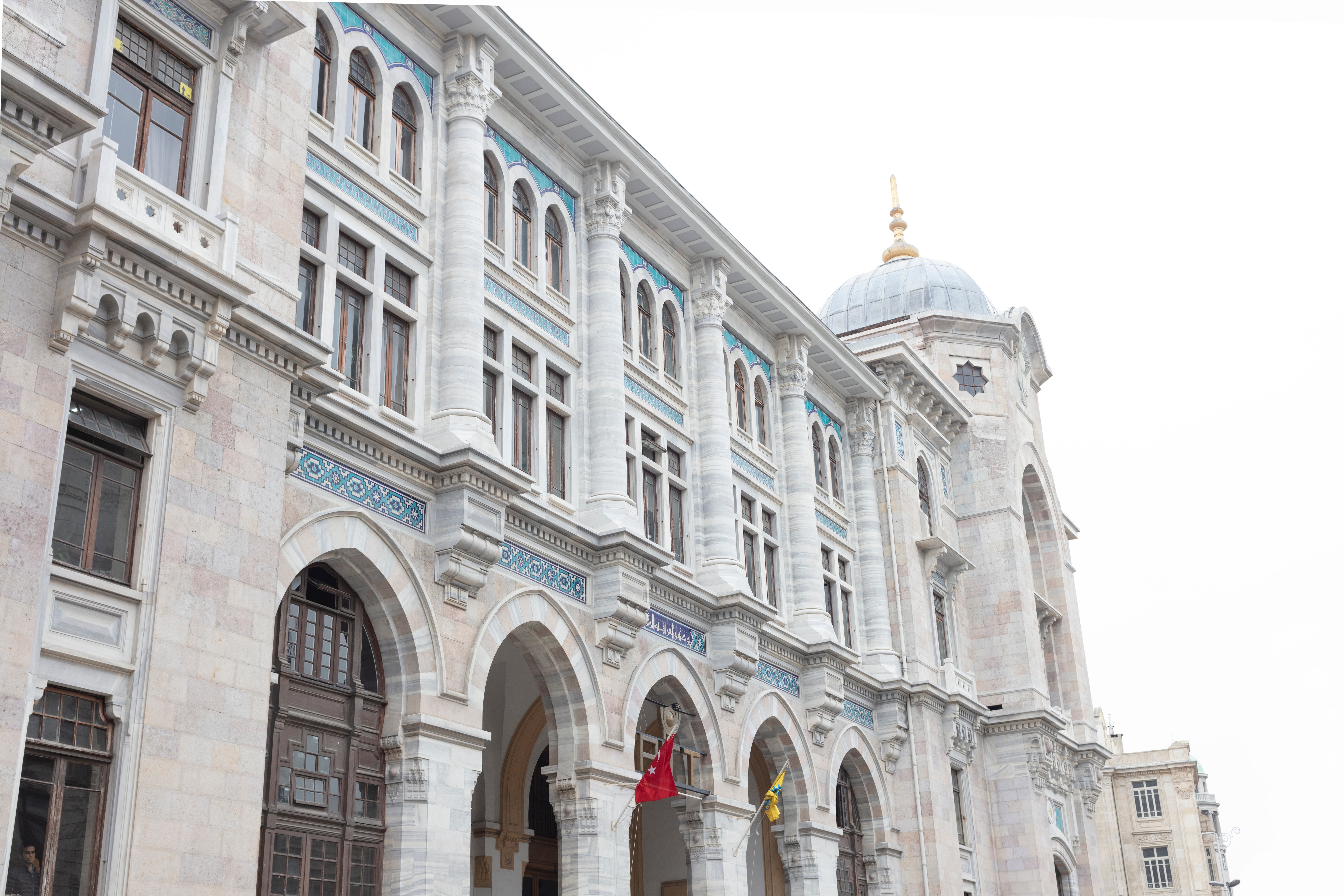 The PTT Museum is situated close to the Sirkeci Marmaray station in Istanbul's Fatih neighborhood. You can travel straight to the museum by taking the Kabatas-Bagcilar tramway line; just get out at the Sirkeci stop, and it is a 3-minute walk from there.

The subway is another option for getting to the museum. Using the M1A Yenikapi - Ataturk Airport, M1B Yenikapi - Kirazli, or M2 Yenikapi - Haciosman metro lines will get you to the Yenikapi station first. Use the Marmaray to travel to the Sirkeci station from there.

From the Asian side, using the Marmaray to go to the Sirkeci station will be your fastest and easiest option, but if you wish to watch the Bosphorus a bit, you may also hop on a ferry to Eminonu from either Kadikoy or Uskudar. From the Eminonu station, the Istanbul Postal Museum is a 5-minute walk away.

The operating hours of the Istanbul Postal Museum are Monday through Friday, 9 AM to 5 PM, excluding federal and religious holidays. There is no justification for you to pass up seeing this special museum since admission is also entirely free.

What Points Of Interest Are Nearby Ptt Museum?

Since the Istanbul Postal Museum is located in the Fatih neighborhood, there are a ton of attractions close by.

Get a Hagia Sophia Museum ticket to visit one of Istanbul's most iconic structures and take in the glistening mosaics from the Byzantine era in this enormously beautiful building.

Topkapi Palace, one of the most significant structures of the Ottoman Empire, is next to the Istanbul Postal Museum.

It has entertained Ottoman sultans and other notable figures for hundreds of years, and now, in addition to its stunning interior and exterior design, it is home to some of the most impressive historical items about the history of the Ottomans. To visit Ottoman porcelain, armory, and miniature collections, schedule a Topkapi Palace tour

What attractions are close to PTT Museum?
Purchase a Hagia Sophia Museum ticket to see one of Istanbul's most famous buildings and enjoy the dazzling Byzantine-era mosaics inside this breathtaking masterpiece.
What time does it start?
The Istanbul Postal Museum is open from 9 AM to 5 PM, Monday through Friday, barring federal and religious holidays.
Is the Postal Museum distant from the Topkapı Palace?
The Istanbul Postal Museum is located near Topkapi Palace, one of the most important buildings of the Ottoman Empire.

Reviews
€12.00 / Per Person
Skip the Line Recommended
Istanbul Tourist Pass: 85+ Attractions & Services
All of your sightseeing plans, sorted! The Pass will let you skip ticket lines, save you money and guide you around all the best attractions in the city!

One of the most significant ottoman structures in beyoglu is the galata mevlevi lodge, also known as the kulekap mevlevi lodge. Since 1975, the lodge has served as a museum, preserving mevlevi-era musical instruments and turkish calligraphic art that are representative of the time period. here is all the information you need to know about galata mevlevi museum if you're interested in such a historical adventure.

View All
Nightlife In Istanbul: District By District

The various options Istanbul’s nightlife has to offer may shock you. But without getting lost, check out the city's nightlife explained district by dıstrıct below. You might need a guide before you choose how to spend the night and here it is.

Istanbul is a very big city, old and colorful. the beauty of istanbul is the perfect mix between the pretty fresh soul healing nature, and the ancient history behind the districts and statues which open our minds to the rich turkish and ottoman cultures. visiting istanbul can take a day, a week or even a month. even locals say that istanbul never ends, but what if you have only short amount of time and want to spend it perfectly. in this article i am going to escort you through istanbul recommending what to do and where to go in two days plan.