Fener, Balat And The Golden Horn

Take a journey through the neighborhoods surrounding golden horn. it will particularly attract you with its fish restaurants located in renovated warehouses.

The Golden Horn forms a natural harbor at the very mouth of the Bosphorus, and divides Istanbul’s European Side into two sections, separating the Historical Peninsula from Beyoğlu to the north. Today, the Turkish name of the Golden Horn, Haliç, indicates both the body of water itself and many neighborhoods in the vicinity. This area has always been an important center of fishing, agriculture, and transportation. In honor of the fact that it has provided abundance since its first settlement, the area is known as the Golden Horn. Golden Horn particularly attracts with its fish restaurants located in renovated historical buildings. 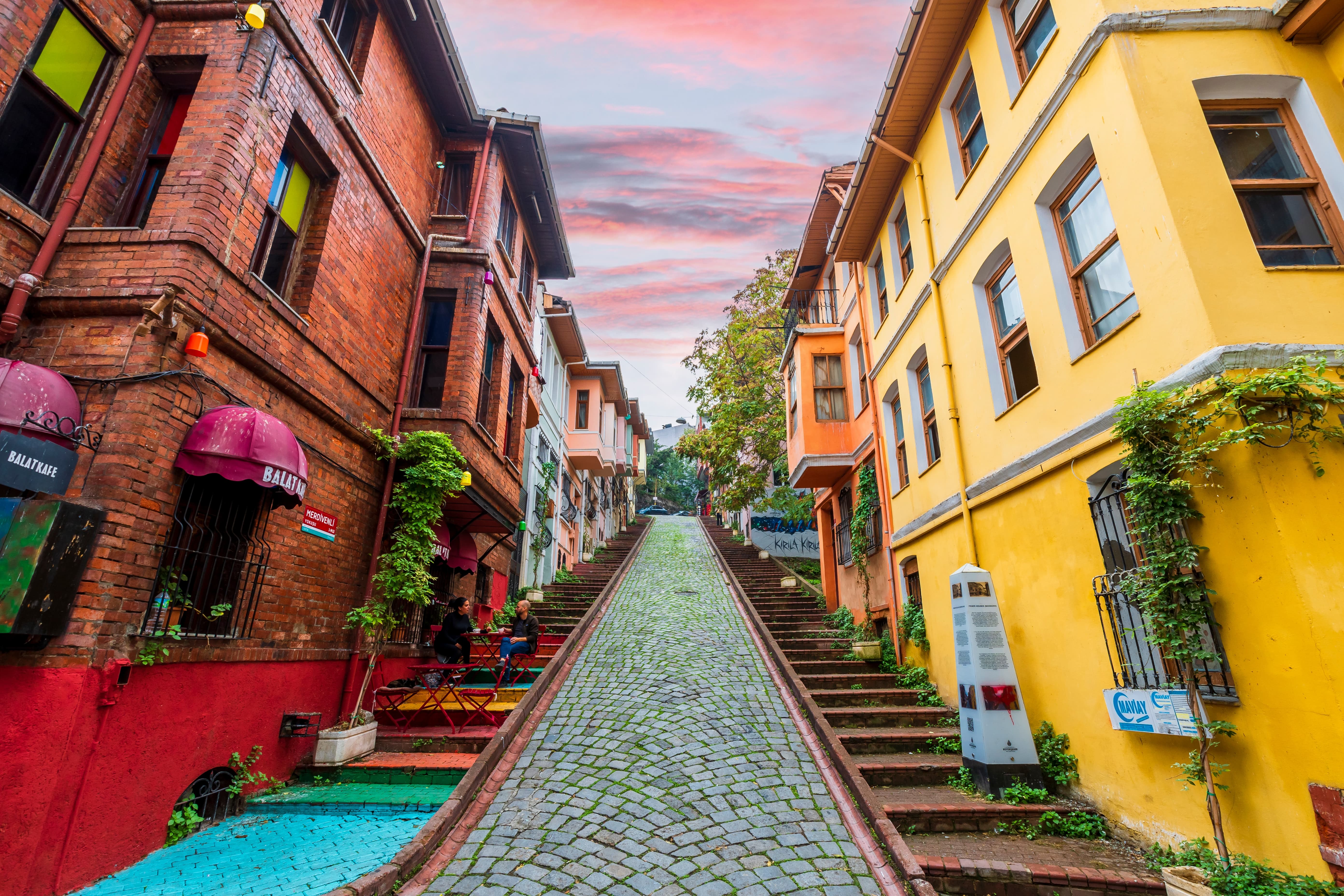 The neighborhood of Fener has the honor of belonging to the UNESCO World Heritage List. It is located within the district of Fatih, on the western side of the Golden Horn. Balat, the neighborhood adjacent to Fener, is as old as Istanbul’s history itself. The area was first known as Fanarion, after the most important lighthouse in the Golden Horn, which was located here. A wide variety of historical churches, mosques and houses are located in Fener. The Patriarchate is still located here, and, as a result, the area is an important center for the Orthodox Church.

Like Fener, the neighborhood of Balat is also in the UNESCO World Heritage List. From Byzantine times onward, this neighborhood tended to be the area of choice for Istanbul’s Jewish community. The areas architectural monuments, churches, synagogues, public baths, and markets preserve their rich historical quality even today. It is almost as though an historical picture of Istanbul over the past 2000 years spreads out before you.

Piyerloti Cafe is the perfect place to drink a frothy Turkish coffee and smoke a narghile while taking in the entire Historical Peninsula from a bird’s eye perspective. Piyerloti Cafe, named after the famous French novelist and marine attaché Pierre Loti, is the best place from which to view the Golden Horn.

Leaving from the neighborhood of Eyüp, you can reach the cafe either by car or by walking uphill on a footpath through a cemetery. However, we recommend that you use the cable car you will certainly enjoy the two-minute journey.

If you want to enjoy a lovely view while drinking a frothy cup of Turkish coffee, a small, clear glass of tea, or smoking a traditional narghile (water pipe or hookah), you won’t find a more suitable spot than Piyerloti. The cafe consists of a stone terrace decorated in traditional Turkish motifs, and sits facing the Golden Horn on the hills of Eyup. Postcards, gifts, and books are sold in another section of the cafe. Furthermore, behind the cafe, there is a separate complex of other cafes, restaurants, and hotels designed in the style of old Istanbul houses.

From the past to nowaday… Pierre Loti was a French writer, whose actual name was Louis Marie Julien Viaud. When he resided in Istanbul, one of his most frequent haunts was this cafe, which was then known as “Rabia Kadın Coffeehouse”. He is said to have been particularly fond of smoking narghile. In honor of the fact that he frequented the cafe, it was rechristened as “Piyerloti Cafe”

Ortaköy has hosted different cultures for centuries. On the European side of the Bosphorus Bridge, it is the neighborhood and district of Beşiktaş district. Ortaköy Mosque is the symbol of the district. Ayios Fokas Monastery, built by the Byzantine emperor, gave Ortaköy its first known name. Let’s look at what’s in this neighborhood where Turkish, Greek, Armenian, and Jewish communities live together and leave traces of their own cultures.

One of Istanbul's most underappreciated areas is the old district of Boyacikoy, which is located in Sariyer. this area, with its distinctive design and stone streets, sheds light on the 19th century in istanbul by housing several historical buildings like houses and pavilions. here is everything you need to know about boyacikoy sariyer in case visiting it is already on your bucket list.

View All
Stay Connected To The Internet In Turkey!