Even though salt galata is a work of art in and of itself, there are frequent exhibitions going on there. you should visit salt galata in accordance with the website's calendar. for instance, a current representative of photorealism in turkey is now having a show of his or her works. its title, our happiness pictures, criticizes the pervasive popular culture and its portrayals of turkey. a renowned architect will attend a meeting later on the topic of publishing architecture. these are only a few of countless examples. in case you are interested, you can still visit the ottoman bank museum.

The building of museum was first built in 1892 by a French architect to function as an Ottoman bank. It makes a statement with the neoclassic and orientalist architectural tones on the back and the front. It is a unique construction in Istanbul and is directly noticed on your first step to the street. It was converted to a museum in 2002, that exhibits what’s remaining from the time it was a bank. Then in 2009 it was closed down and restored. The building has been the home for Salt Galata Istanbul since 2011. The building itself is worth seeing because it is representative of 19th century architecture but it is also a great place to spend time in with its café and library. If you are into art, this museum is art itself. It is different from any other museum you will see in Istanbul. Salt Galata library is the most modern one in Istanbul. Right at the entrance there is a café/restaurant where you can eat and drink, and it has an amazing view.
The best part of the museum is that it is free. Salt Galata opening hours and closing hours are Tuesdays and Saturdays from 12.00 to 20.00 and on Sundays from 12.00 to 18.00. On the last Thursdays of the month the museum is open until 22.00. If you don’t know how to reach the museum, let us give you a brief information about how to get there. There a few options; bus, train, metro or ferry. M2 metro line, Marmaray train, Heybeliada-Karakoy-Eminonu ferry line and bus 28T will all take you to a spot near Salt Galata.

Even though the building itself is a work of art, there are many exhibitions taking place in Salt Galata. You should follow the calendar from the website and visit Salt Galata accordingly. Now there is an exhibition for works of an artist who is one of the representatives of photorealism in Turkey at the moment for instance. It is called Our Happiness Pictures and brings criticism to the wide-spreading popular culture and its reflections on Turkey. Later there will be a conference which a famous architect attends on the issue of architecture publishing. There are many more examples like these. Ottoman Bank museum still remains so if you are interested you can see that as well.
SALT Research contains a library with physical and digital documents and sources. These involve an archive of sources covering Turkey, Mediterranean Basin and South-East Basin from the end of 19th century to today.  The sources of art history, architecture, design from the late Ottoman Empire to early establishment of the Republic of Turkey are present. For a history, especially art history lover it is a good combination.
There are two restaurants inside one is Salt Galata Restaurant or Café, the other is called Neolokal. Salt Galata Café is where you can receive service on any time of the day and has a peaceful atmosphere. Neolokal is where you can taste examples of Turkish and Aegean cuisine and is open from 18.00 to 02.00. If you don’t want to eat at SALT Galata but want to taste local cuisine, you might take a walk around Karakoy and choose from an infinite number of options. Mukellef Karakoy is one of the best options to taste local products of Istanbul and Turkey in general. When you are done you can conclude your delicious meal with a hot boiling tea from Dem Karakoy. They say it is respectful to the meal to end with a nice tea. 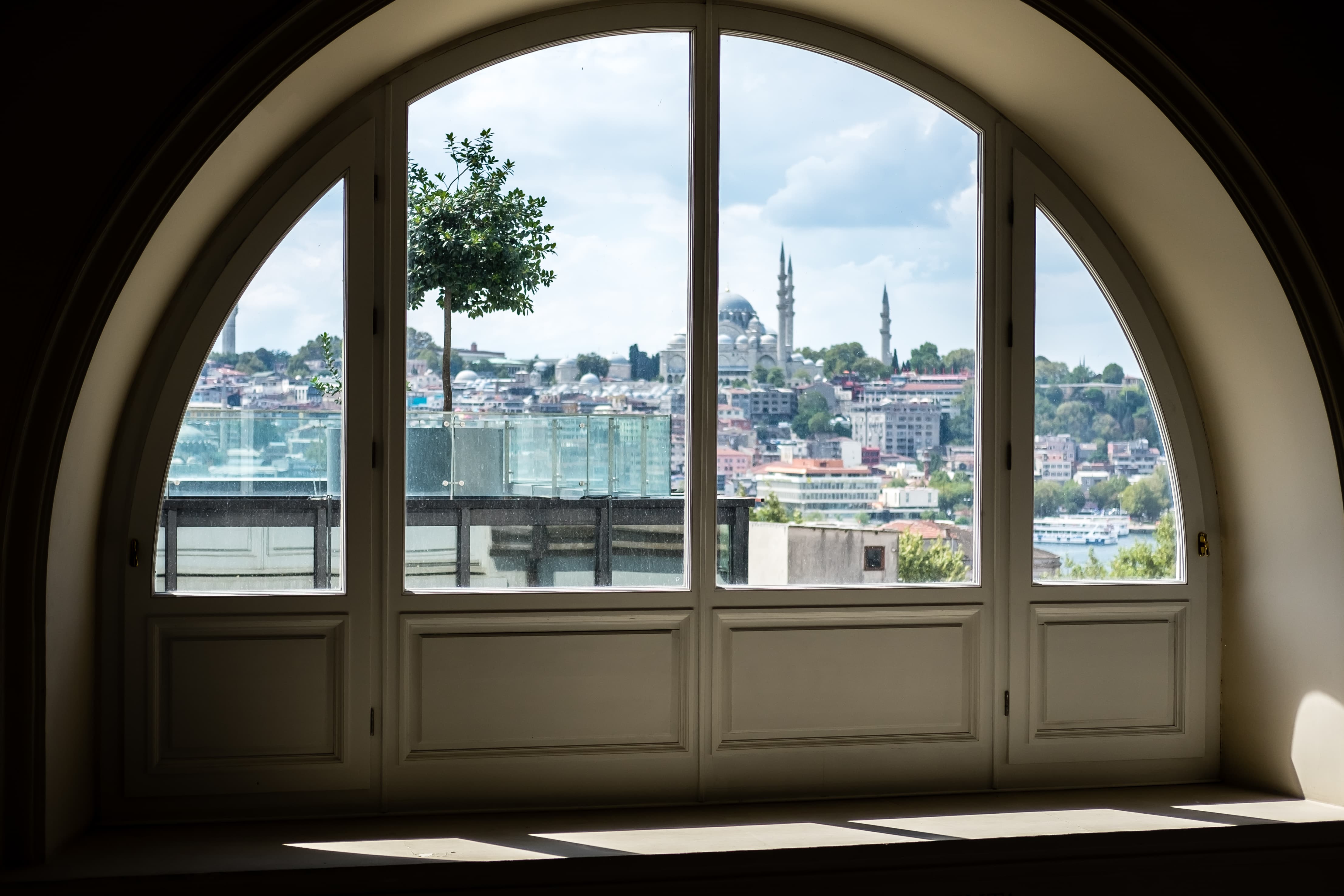 After exploring SALT Galata, you could reflect that there are still lots of things to do in the Karakoy neighborhood and the Beyoglu district as a whole. You can begin your tour of SALT Galata on Banks Location, the street where it is situated. As you probably well know, the structure Salt Galata is in was formerly home to a sizable bank. While you're there, you should explore the street because it's interesting history.

Next, as the SALT Galata name suggests, Galata Tower, one of Istanbul's icons, is actually rather nearby. It would be a shame to leave the neighborhood without ascending Galata Tower. However, be careful who you climb with because a legend claims that couples who climb together become married. While strolling about Galata Tower, you can learn about its colorful past and take in the neighborhood's splendor. After seeing SALT Galata, you will be a little farther from Istiklal Street than Galata Tower, but it is still worth the effort to get there. You may experience both the Galata and Istiklal Street tours by enrolling in a tour that includes both.

If you choose to stroll in the direction of Karakoy, you will come across a lot of boutique stores where you can buy antique apparel items or a lot of gift shops where you can bring home a miniature version of Galata Tower as a souvenir of your trip. There are various cafés where you can sip coffee, sample delectable pastries, or speak with friends while drinking a refreshing beer. Last but not least, you may see Kamondo Stairs, a must-visit attraction when in Karakoy. The Komando family, the largest banker family in the Ottoman Empire, built this exquisite stairway

Are there exhibitions held frequently?
There are frequently scheduled exhibitions there.
Exist any dining establishments?
There are two dining options there: the Neolokal restaurant and the Salt Galata restaurant or café.
Are tours offered there?
On Banks Location, the street where SALT Galata is located, you can start your tour.

The Museum of Selfies, located on the b3 level of the trump shopping center in istanbul, is the finest venue to take as many selfies as you like. however, these aren't your typical selfies. discover a world of unbelievable magic tricks and illusions that will quickly make your instagram account go viral.