One of the most famous Orthodox Byzantine Churches in Istanbul, pammakaristos church is a unique example of 11th and 12th century byzantine architecture. in turkey, it is mainly known as the fethiye mosque, literally translated as “mosque of the conquest”, and operates partly as a museum today. it is on the bucket list of most tourists in istanbul, and there is no reason that it shouldn’t be on yours too. if you are interested, here is everything you should know about the place.

The museum is divided into archeology and ethnographic parts. Historical relics from the end of the Byzantine Era to as far back as 3,000 BC can be found in the archeology section. These consist of sculptures, coins, and various ceramic, metal, glass, and other items. Numerous inscriptions exist that provide details about the classical era. The Young Girl with a Dove Statue is the section's most eye-catching object. It is believed to be connected to the Artemisia religion, which suggests that there was once an Artemis temple on these grounds during the ancient era.

The ethnography part contains kaftans, three skirts (a typical female Turkmen garment), hand embroidery pieces, and silver jewelry. Many big stone objects, including sarcophagi and inscriptions, can be found in the garden. The museum received all of the objects you see in these 2 parts from all throughout Fethiye.

The first and most spectacular work of art you will see when you enter the five-domed Church of Pammakaristos is the main dome, which features Christ the Pantocrator and twelve prophets around him. An archangel-filled Deesis scene may be seen in the apse. Around Christ, there is also a clear "Most Benevolent" writing. On both sides of the apse, there are 13 bishop pictures that are visible, however, six of them are missing.

Maria, the wife of Michael Tarchaneiotes Glabas, is mentioned in inscriptions on the south and west walls. You can see the archangels Michael, Uriel, Raphael, and Gabriel in the church's bema. A large red cross is also present.

You can see the well-known Baptism Scene if you look up. The image of Christ in the Jordan River is shown in this mosaic. On the left, wearing a mantle and putting his right hand close to Christ's head, is Saint John the Baptist. The four angels are positioned to the right, and a man is seen dousing Christ in water above them. Along with a baby figure within a shell on the lower left, you can just make out a few little fish figures in the water.

A somewhat deteriorated image of three males dressed in red, yellow, blue, green, and black outfits is also present. They are moving towards the altar while holding a present in each hand. 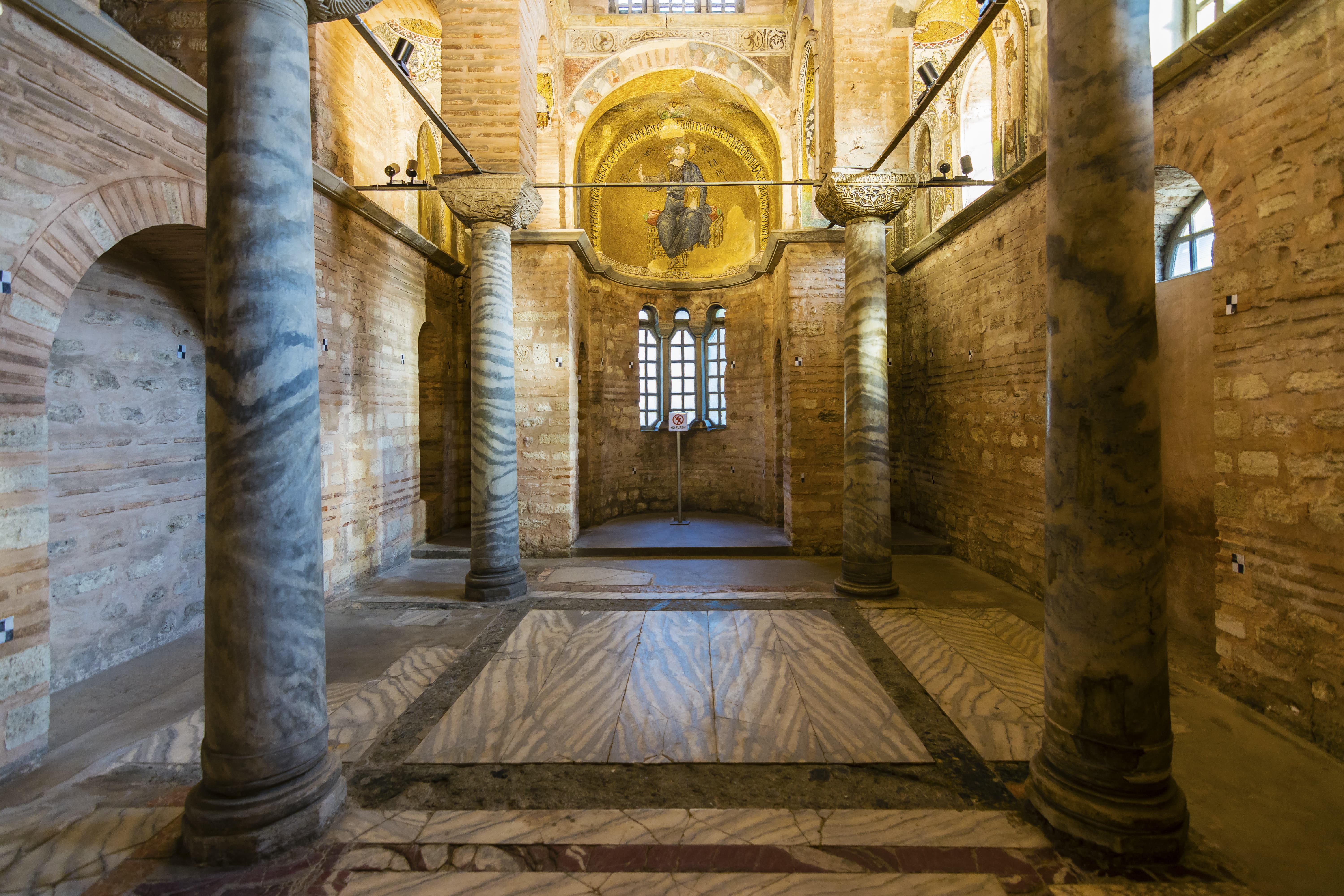 The Pammakaristos Church in Istanbul is situated on Fethiye Street in the Fatih neighborhood. The Draman is the bus stop nearest to the church. The 90 and 90B IETT buses can take you to this bus stop.

You can catch the ferries to Eminonu from either Kadikoy or Uskudar on the Asian side. Take the 99A IETT bus from Eminonu and get off at either the Fener or the Koprubasi station. You can walk for ten minutes to the Pammakaristos Church from either of these bus stops.

While you're here, you may also arrange a tour of the Chora Museum and stop by this incredibly well-known church immediately following Pammakaristos Church.

The Pammakaristos Church is open from 8.30 am to 7.30 pm throughout the summer season, which runs from 1 April to 31 October. These hours are 8.30 AM and 5.30 PM from 31 October to 1 April throughout the winter season. There is really no excuse for you to skip this special museum on your ancient city tour of Istanbul since it is open every day and admission is free.

popular tourist destination that you can learn more about it by visiting the istanbul.com website and have a good time when you are there

One of the most famous Orthodox Byzantine Churches in Istanbul, pammakaristos church is a unique example of 11th and 12th century byzantine architecture. in turkey, it is mainly known as the fethiye mosque, literally translated as “mosque of the conquest”, and operates partly as a museum today. it is on the bucket list of most tourists in istanbul, and there is no reason that it shouldn’t be on yours too. if you are interested, here is everything you should know about the place.

Right after the hagia sophia, st.irene is the second largest and oldest church from the byzantine era still standing in istanbul.