Istanbul is one of the oldest settlements to become the house of civilizations. The archaeological and historical findings of primarily the Anatolian, Mesopotamian and Ottoman cultures are exhibited in the galleries of Istanbul Archaeological Museum. Being one of the largest museums reflecting Anatolian and Mesopotamian civilisations in the world, Istanbul Archaeology Museum highlightsthe cultural transfers of all those civilisations which settled in or influenced the development of Istanbul as a bridge from Asia to Europe.
​
Read more... 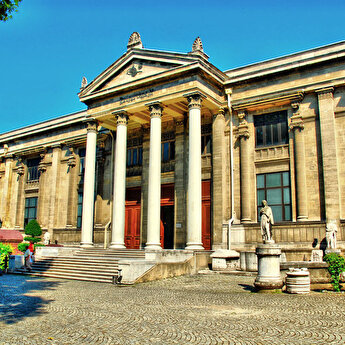 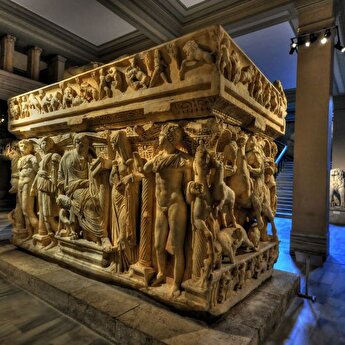 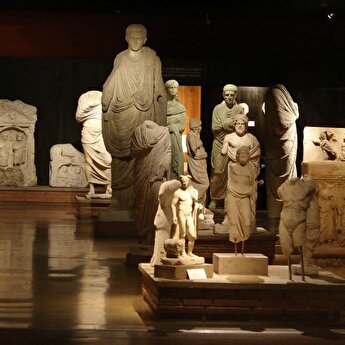 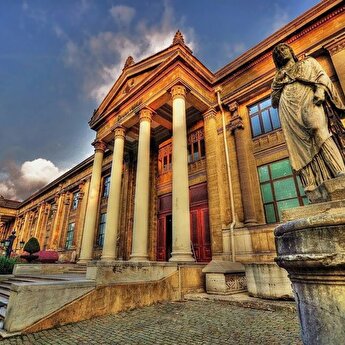 When should I visit Istanbul Archaeological Museum?

Is it expensive to visit Istanbul Archaeological Museum?

The museum ticket is 30 TL, which is around €5. The ticket is free for kids under 8.

How to get to the Istanbul Archaeological Museum?

Will I need a guide at Istanbul Archaeological Museum?

You can visit museum on your own but a tour with a guide would definetely be better.

Things to do near Istanbul Archaeological Museum

Istanbul Arkeoloji Müzesi in its Turkish version encompasses three different museums, founded together in the same area: Istanbul Archaeology Museum as the main building with Old Eastern Works Museum and Enameled Kiosk Museum located in the same garden. Being established as the Imperial Museum by Osman Hamdi Bey, a famous Turkish artist of the 19th century, Istanbul Archaeology Museum(Istanbul Arkeoloji Müzesi) is recorded as the first Turkish museum. It was opened on June 13, 1891 to exhibit the art works produced in or brought from different parts of the Ottoman Empire sovereign three continents. It also has a worldwide importance because the Archaeological Museum of Istanbul was built originally as a museum and is still functioning in that way.

The museum building is situated in Fatih district, the centre of old city, on the European side. Istanbul Archaeological Museums buildings are situated on Osman Hamdi Bey Ascent that goes to Topkapı Palace from Gulhane Park. It is very easy to access the museum by tram line from Besiktas and Zeytinburnu directly as well as from Uskudar through Yenikapi and Marmaray underground lines with interconnections. In order to find how to get to Istanbul Archaeological Museum from different must-see places, you can take Istanbul Hop-on Hop-off Tour so that you can reach the museum in the old city during your move on Big Bus Istanbul tour.

Another frequently asked question by travelers is about the visiting hours which are not so different from other archaeological museums administered by the Ministry of Culture. The museum is open for visitors every day except Monday. Istanbul Archaeology Museum visiting hours start at 09:00 in the morning all year, but the closing time depends on the seasonal shift. The museum accepts visits until 16:00 in winter while it is delayed to 18:00 during summer days. The shift starts on October 30 for winter and changes on March 31 for summer schedules.

Like in other museums, there is a very small entrance fee to get into the site. It is remarkable that Istanbul Archaeological Museum entrance fee is very low especially for students and young visitors. There may be some discounts for several occupations including teachers. Istanbul Archaeological Museums ticket can be bought at the entrance. However, in order not to waste time on the queue, it is strongly recommended to take Treasures of Anatolia Ancient Civilisations tour which creates the benefits of no entrance fee, the accompaniment of expert guides as well as pick up-drop off services.

Istanbul Archaeological Museum collections have a wide variety of selections. Visitors can see inscriptions such as Istanbul for Ages, Surrounding Cultures of Anatolia: Cyprus, Syria-Palestine, Anatolia and Troia for Ages. In addition to these civilization referrals, there are very important archaeological findings on display such as Crying Women Tomb and Lykia Tomb. Istanbul Archaeological Museum Alexander Sarcophagus is the most popular of these tombs to see as it shows the Great Alexander’s tomb on the ground floor of the museum.

Enameled Kiosk Museum, which was established by Fatih Sultan Mehmet in 1472, reveals early Ottoman style art pieces as well as beautiful examples of Turkish and Islamic arts of work. On the contrary, Old Eastern Works Museum in the compound has exhibitions of Anatolian, Mesopotamian, Egyptian and Arabic works of art including the Statue of Naramsin, the king of Akad, the Kadesh Agreement and Zincirli Statue. Of course, Istanbul Archaeological Museum guide gives very detailed information of these works if you select the Treasures of Istanbul tour arranged by istanbul.com. From time to time, Istanbul Archaeological Museum renovation studies may occur and their pre-determined programs affecting museum excursions are announced on guided Istanbul tours online pages.