Explore the important attractions from the height of the Ottoman Empire, known in Turkey as the Magnificent Century.

On this full-day tour, you will have a magnificent day in Istanbul seeing:

- Suleymaniye Mosque: This mosque is the masterpiece of the famous Ottoman architect, Mimar Sinan. It took seven years to complete and even the Shah of Iran sent a chest of jewels to be used in its construction. But, Sultan Suleyman was not happy about this! So, Mimar Sinan crushed the jewels and added it to the grout of one of the mosque's minarets which is now called Cevahir Minaret, or Jewellery Minaret. It's a unique use of jewels, to be sure! There was a design function behind this decision though and, every day, the minaret catches the light and shimmers at sunrise and sunset.

It might seem odd, but there is a baptism pool in the garden. Mimar Sinan, a convert to Islam, was very respectful of other religions and since the baptism pool was already there, he did not remove it.

Sultan Suleyman was buried with his favourite wife, Hurrem Sultan, in a Tomb just next to the mosque.

- The Blue Mosque: Located in the heart of Sultanahmet Square is the Sultan Ahmet Mosque, more commonly known as the Blue Mosque because of its beautiful blue Iznik tiles. It is said that the Sultan told the architect to build in gold, in Turkish "altin", but the architect thought he said six, in Turkish "alti", and this is why the mosque has six minarets. But this is just one version of the story! You'll hear more interesting stories of its history on your tour and experience the spiritual side of Istanbul for yourself at this functioning mosque.

- The Hippodrome: See what remains of the Hippodrome and notable monuments in the square including the Serpentine Column, Obelisk of Theodosius and the German Fountain of Wilhelm II.

- The Turkish & Islamic Arts Museum: The building where the museum is located was once the home of Ibrahim Pasha, an influential vizier of the Ottoman Empire and the close friend of Sultan Suleyman. Since then, it has had many uses, including as a prison for foreign diplomats and a clothing factory. Today, the Turkish & Islamic Arts Museum has beautiful carpet samples from the Seljuk Empire, weaved in the Iranian and Caucasus regions. There are also hand-written calligraphy samples of Qurans and magazines, as well as wooden, glass, ceramic and stone artifacts created by artists from former Islamic countries.

- Enjoy an authentic Turkish lunch at a local restaurant.

- Yildiz Palace: Yildiz Palace means "Star Palace" and was built in 1880. It was extended by Sultan Abdülhamid II who was afraid that Dolmabahce Palace would be attacked and decided to move there. At the end of the Ottoman Empire, it was used as a luxury casino! Today, it is a museum with a beautiful garden that is often used for private functions. We'll have a tea break at the Sale Kiosk (pronounced like "chalet" as it was designed to resemble a Swiss Chalet) which was where the Sultan lived. 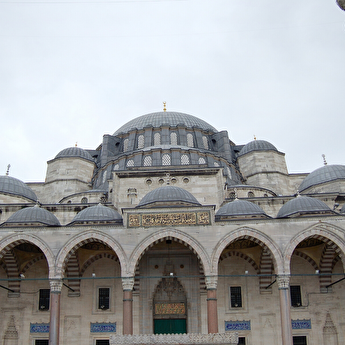 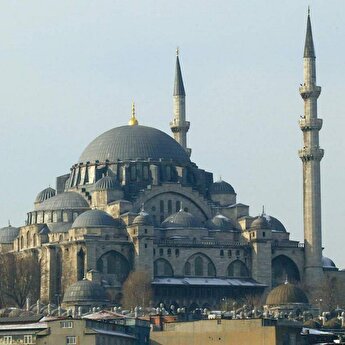 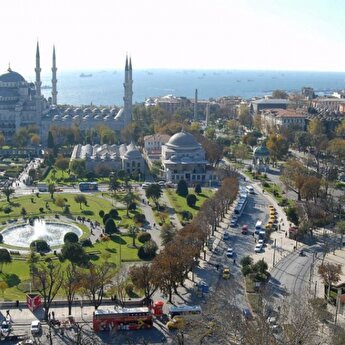 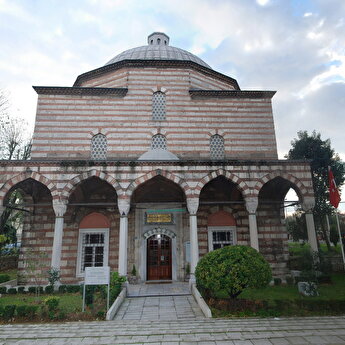 
Plan Tours, licenced “A Group” by the Ministry of Culture and Tourism, is a major tour operator in Türkiye, based in İstanbul since 1984. (licensee for City Sightseeing Worldwide and Gray Line Worldwide, official travel agency of Turkish Airlines, member of TÜRSAB – Association of Turkish Travel Agencies and ICVB – İstanbul Convention and Visitors Bureau)...
read more

After i read lots of things about the Suleymaniye Mosque before come to Istanbul, to see it, magnificent. There is nothing to say. Have you ever heard a baptism pool in a garden of a church?

When i compare all the places that we visited, champion is Suleymaniye Mosque. A beautiful scenery and a impressive story of love.

I like so much the ceramic works. Especially blue ones. I did not want to leave Blue Mosque.