From grandfather to grandson: Kör Agop... My grandfather Kör Agop was a fisherman just like his father and grandfather. Whenever he would set foot on land, he always went to his favourite restaurant. It did not take long for him to realize that eating out was quite expensive, and so he decided to open his own restaurant at Kumkapı with three wooden tables and a custom-made ‘ice-pool’. Since refrigerators did not exist back in the day, this ice-pool was used to cool the tomatoes, cucumbers and, naturally, the Rakı. Once this spot became more and more popular, he and his wife Marta decided to find a larger place. The second restaurant was opened along the seaside on a pier. During these years, my grandfather named the restaurant “Cansız Balık” (Inanimate Fish). Marta was preparing the dishes and also managing the restaurant. Since his wife was working in the restaurant, this restaurant became one of the first shops to let in women. In his own words he stated that: “If it was not for Marta, I would not be able to open this restaurant. In this restaurant everything will be shared equally, both the tables and life”. Since 1938, Agop and Marta welcomed their guests in 16 different locations. During the late 70s, when his son Hayko, who was sent to France to study something other than dining, came back, the whole family started to work at the restaurant. In 1981, Kör Agop moved to its final destination in Kumkapı. Agop’s dream was to own a large place with high ceilings. The old French Customs building was Yordan and Argiri’s grocery store. Agop bought this place and immediately turned it into a restaurant and a peace of history was born. However, due to his illness and age, he was only able to see the first floor of his place and passed away in 1982 without even enjoying a glass of Rakı in his own restaurant. With 69 years behind him, he left behind more than a restaurant, or a brand; he left a whole culture. His last wish was that people would play music and drink rakı around his grave. His son Hayko made his last wish become reality. He gathered people around Agop’s grave at the Armenian Graveyard in Balıklı... Music was played, and last but not least, Rakı was drunk. 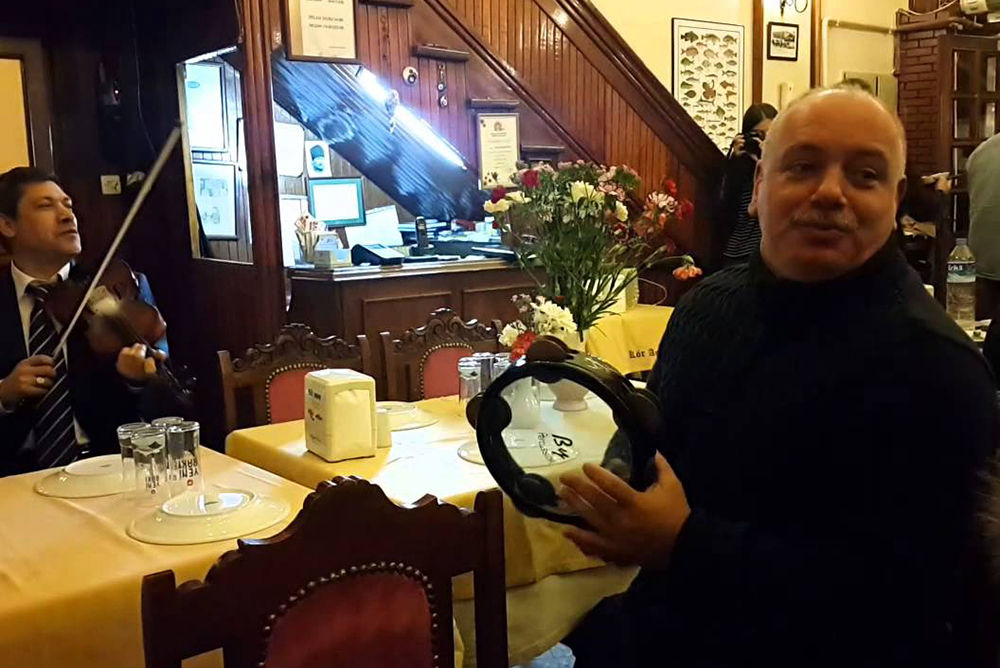