Located in Gülhane, The Tiled Kiosk Museum features various china work and ceramics from the Seljuk and Ottoman periods.

This mansion was commissioned by Sultan Mehmed the Conqueror in 1472 and is one of the oldest examples of civil architecture in Istanbul. The Tiled Kiosk Museum was used as the Empire Museum between the years of 1875-1891, and was opened to the public as Fatih Museum, where Turkish and Islamic art works were displayed. The entrance of the mansion is a single storey while the back of the building adds another storey, and there is a 14-column marble porch at the entrance. The mansion’s antechamber is decorated with mosaic china work and has six rooms and one central hall. China work and ceramics from the Seljuk and Ottoman era are on display in this beautiful building. 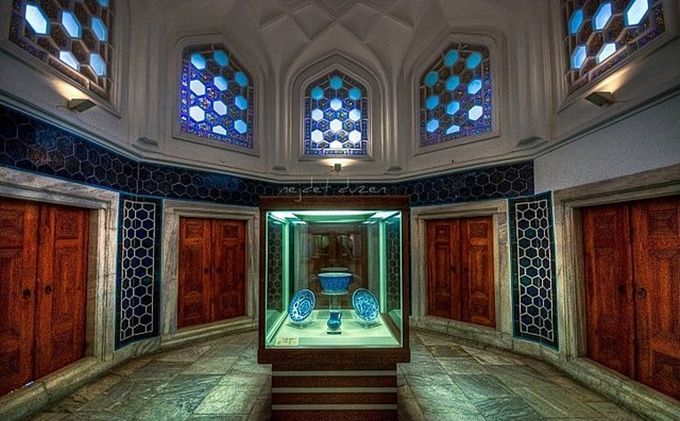