The Spice Bazaar (known in Turkish as the Egyptian Bazaar) is one of Istanbul’s oldest markets, and a time-honored symbol of the city.

The Spice Bazaar dates back to the 17th Century. It is one of Istanbul’s oldest covered markets, where the exotic, oriental aspect of the city still survives. 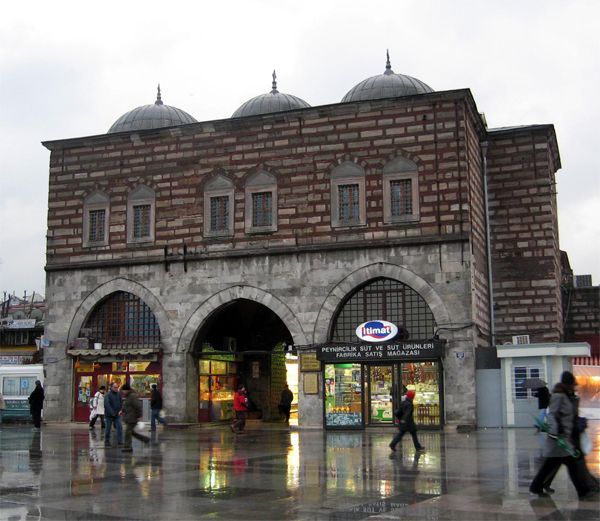 At the time of its establishment, thousands of spices from nations in the Far East, such as India and Arabia (Why not visiting there after your trip to Istanbul?), was well as curative herbs and remedies for every imaginable ailment, were sold at the Spice Bazaar. Because the majority of the products for sale in the market were imported from Egypt, it came to be known as the “Egyptian Bazaar”.

The Spice Bazaar is located in Eminönü, right next to the New Mosque and the Flower Bazaar. It is the best place in the city to find spices, herbal teas, and traditional Turkish foods such as Turkish Delight (lokum).

Construction of the bazaar was commissioned in the year 1660 by Hatice Turhan Sultan, the mother of Sultan Mehmet IV. It was built by the architect Kâzım Aga, and restored once later in its existence. There are a total of eighty-six shops in the bazaar, which can be accessed by way of six different entrances.

Formerly, the Spice Bazaar functioned as a ‘natural pharmacy’. Recipes for medicines made from mixtures of various herbs were often hung outside of shops, so that customers could request these herbs if they so desired. This tradition still continues today. Many of the shops in the bazaar sell a large number of different spices and herbs that are known to be effective against many different ailments.

Although there are an endless number of shopping centers and supermarkets in Istanbul, shopping at the Spice Bazaar remains a popular, pleasant tradition for the city’s residents. After making a number of purchases in the bazaar itself, one can leave through the Tahtakale exit and complete one’s shopping at the shops in the adjacent open-air market.

Also, if you do go to the Spice Market, don’t forget to buy Turkish coffee from Kurukahveci Mehmet Efendi (Mehmet Efendi Coffee Roasters), who produces the traditional Turkish brand of coffee. They are located just outside of the bazaar’s Tahtakale exit. 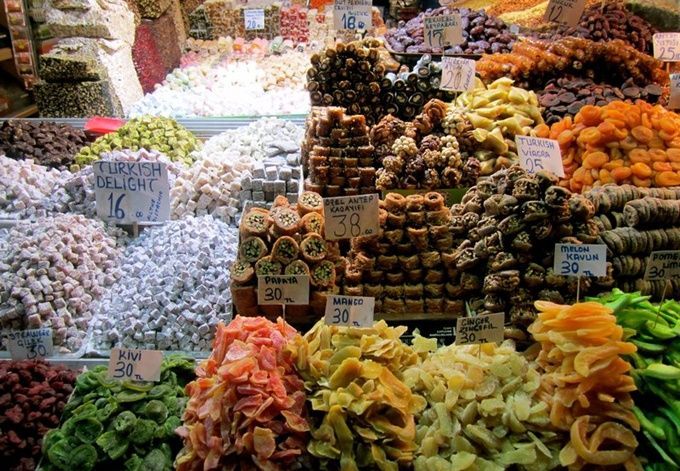