Discover the beauty in uniqueness with one of a kind Hagia Sophia. A place to see before you die, a place to see to feel alive.

While you are planning your trip to Istanbul, Hagia Sophia should be at the top of your to - do & to -see list for Istanbul!

Hagia Sophia (Ayasofya, in Turkish) is one of the most important symbols of Istanbul, as well as a magnificent imperial artifact. The construction served as a museum for the past 77 years, and before that, it was the religious center of the city and of the whole world, for more than 1400 years. Being one of the most special masterpieces of the universal architecture, it is not a surprise that the marvelous Hagia Sophia was chosen to be a UNESCO World Heritage in 1985.

Hagia Sofia church appeared in 537, under the reign of the Byzantine Emperor Justinian I, eager to overcome his Roman predecessors by building a structure to an unprecedented scale. When construction was finished, he had said, full of modesty: ‘’Oh Solomon, I’ve surpassed you!’’ 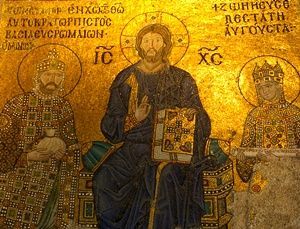 The biggest door, inside the mosque, is the so-called ‘’The Emperor Door’’, which was initially used only by Byzantine emperors and their entourage. A legend says that the door is made of wood taken from Noah's Ark – the Emperor Heraclius is known, in the 7th century, to look for Noah in what is now the eastern part of Turkey. Above the door is one of the famous icons of the Hagia Sofia - one that depicts Jesus the Almighty.

For the era in which it was constructed, gigantic Hagia Sophia seemed so impossible to be built; it was believed to stand with the aid of divine power and has become a symbol of Medieval mysticism since then.

Architecture of the Hagia Sophia 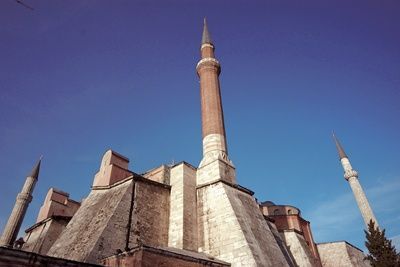 The most impressive architectural legacy of Hagia Sofia mosque is undoubtedly, its fantastic dome, which was intended to be the biggest, the tallest and the most impressive when compared to any other dome built by then. After it was turned into a mosque, Ottomans has engraved a verse from the Koran on the dome, that says:  ‘’Allah is the light of Heaven and Earth.’’

The walls and ceiling are covered with multi-colored marble and mosaic. The 107 columns that we find on the first floor and at the mezzanine are some eloquent examples of the decorative arts of the Byzantine Empire, in the late 6th century. In the midst of these columns is found  the imperial monogram.

Also remember to visit the gallery at the top of the mosque that houses the most impressive icons of the Hagia Sophia, among them being the Empress Zoe, who remained in history, by the fact that she married with a courtier of hers on the day her first husband died (supposedly poisoned by the Empress herself.).

Hagia Sophia houses many other mysteries and stories like this one. Come with us to get to know all the secret stories of this mosque, unique in the whole world - Hagia Sofia.

1) Ticket at the Gate

Hagia Sophia admittance tickets cost 30 TRY. The downside is waiting in the lines for quite a long time since it is the most visited museum of Istanbul and attracts millions every year.

If you'd like to visit Hagia Sophia, as well as Hippodrome, Grand Bazaar & Blue Mosque, Istanbul Classics is the right choice. 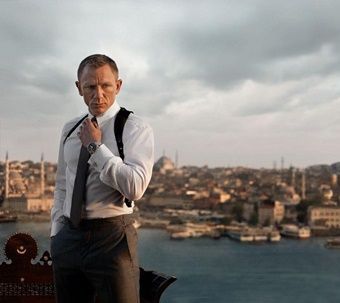 Istanbul, for being a city on the border between East and West, and with its skyline dominated by domes and minarets, is the favorite city of the James Bond's creator, Ian Fleming. To celebrate the 50th first appearance on the big screens of James Bond, Istanbul was chosen to appear in the last Bond film scenes - "Skyfall".