The Column of Constantine - Çemberlitaş

The Column of Constantine is one of the most important examples of Roman art in the world.

The column was erected to honor Constantine in 330 AD, when Istanbul was dedicated as the capital of the Roman Empire. It stood in the center of a large oval-shaped square on top of the second hill of Istanbul. This square, surrounded by colonnades, was called the Forum of Constantine. It is also known as the Burnt Column, or in Turkish, Çemberlitaş. It was originally taller than it is today and was topped by a statue of Constantine dressed as the sun god. The porphyry blocks of the column were cracked by time and by fire, and have been reinforced with iron hoops.

The marble capital dates to the 12th century, and the stone masonry in the lower section to the 18th century. It is believed that a small chamber under the column housed sacred relics of early Christianity. The course of the avenue that passes by the column has not changed since the time of Constantine. 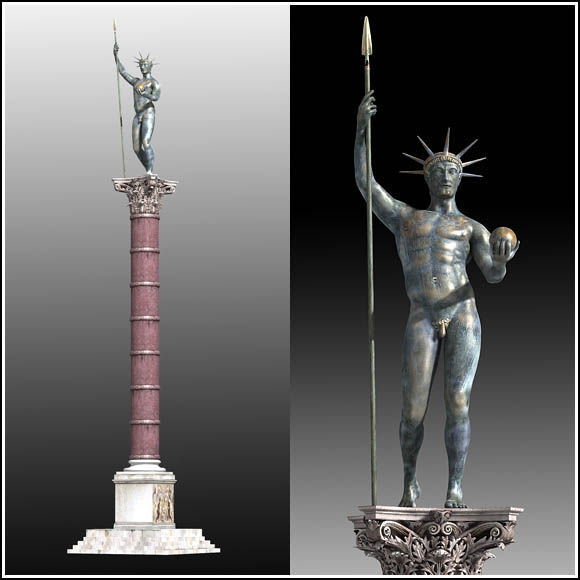 (This reconstruction shows the Column of Constantine before 1106.)

The column is 35 meters tall today. Restoration work has been going on since 1955. Cracks in the porphyry were filled and the metal brackets renewed in 1972. Since 1985, the monuments of the historic peninsula of Istanbul, including the column, have been listed as a World Heritage Site.

(Cover; Melchior Lorichs' drawing (1561) shows that there was a relief on the North side of the column base facing the Senat House.)

It is located in the historical peninsula. If you walk from Sultanahmet to Beyazıt Square you will see it right next to the Çemberlitaş Hamamı (A famous Turkish Bath).