By far the most convenient (but not always the quickest) way to get around in Istanbul is by taxi...

They are plentiful, operate day & night, take up to four persons, when compared to the US or Europe fairly cheap, and they can be easily hailed on the street or found at taxi ranks. Unfortunately, a small percentage of taxi drivers are either lunatics or con-artists. Luckily most are neither. But just in case, you may want to keep on reading and be well prepared before you get into a taxi in Istanbul.

Only take official taxis. They are bright yellow and have a sign on the roof with the word "taksi" on it. Furthermore, their taxi plate number (and company logo) should be clearly visible on the front doors and the roof. And, most importantly, all official taxis have digital taximeters!

No Meter, No Go

Always insist they switch on the meter! Some of the previously mentioned con-artists may come up with an excuse that the meter is broken or offer to drive for a flat fee. Accept neither, get out of the taxi and look for another one. Even if the taxi driver suddenly changes his mind, you will be better off with another driver. If at any point during the ride the meter isn’t running, get out. If the driver protests, muttering the word "polis" may do wonders. 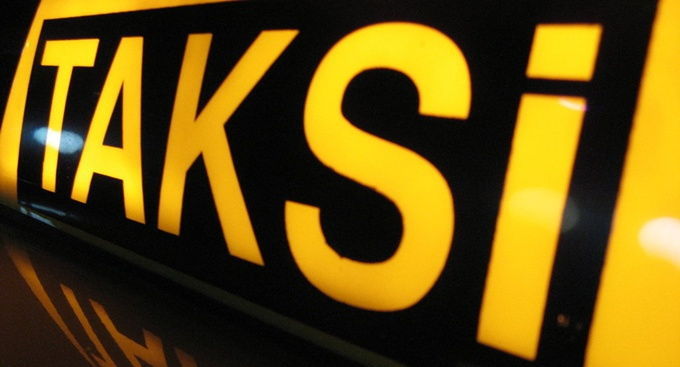 Whereas in Europe or the US taxi meters are mounted in such a way that they are clearly visible for the passengers, in Istanbul they are sometimes well hidden behind the gearshift. This makes it virtually impossible to see it from the backseat. Locals use the reflection in the front door window to monitor it. Since you’re probably not experienced in reading mirror images, lean over to check the meter at the start of the ride and at certain intervals. This is not considered rude. On the contrary, you’ll gain the taxi driver’s respect.

In case you take a taxi to cross either of the Bosphorus bridges or drive on the TEM highway, a toll has to be paid. The taxi driver will pay that for you, but will add this to the fare.

Unless the taxi driver helped you to load and unload your luggage, he won’t expect a tip. If you’re happy with his performance, you can round up the fare to the nearest convenient figure. Some taxi drivers may claim to be out of small money, thereby trying to make a few extra liras. Just stand your ground and make him go change the money somewhere if you feel he’s being deceitful.

Most taxi drivers speak very little to no English at all. Having said that, chances are that your knowledge of Turkish is similar to his English skills. It’s therefore not a bad idea to have the exact name and street of your destination written down on a piece of paper. 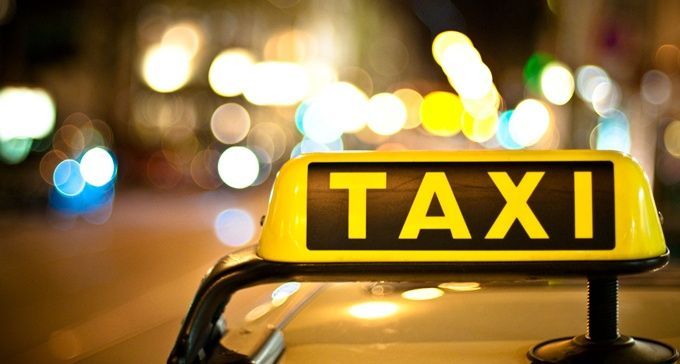 Taxi drivers are not too streetwise. And in their defense, Istanbul is a giant city and expecting taxi drivers to know every single street by heart is unfair. It is therefore not unusual for taxi drivers to be unfamiliar with the exact location of lesser-known places. You may find him asking you, other drivers or pedestrians along the way. If you have a phone number for your destination, he’ll be glad to call them for precise directions.

Unsafe Driving – Time is money. It’s a cliché, but it’s still very true for Istanbul’s taxi drivers. They may take alternative (and a tad longer and more expensive) roads when the main roads are congested. That’s perfectly fine and will benefit both parties. What they shouldn’t do, though, is race through narrow streets. If at any time you feel unsafe, you can tell the driver "yavaş gidin" or just "daha yavaş lütfen". Both mean more or less the same and instruct him to slow down. If he doesn’t obey your wishes, just get out at the first occasion that arises.

Now don’t get me wrong! I’ve been using taxis in Istanbul for over four years now, and I can count the times I felt unsafe or was hustled on both hands. Taxis in Istanbul are a cheap, reliable and more comfortable than most of the public transportation available.

*If you had any good or not-so-good experiences with Istanbul’s taxis, we’d love to hear in the comments section below!