The borders of the Ottoman Empire extended from Anatolia to Mesopotamia and from the Balkans to Africa. 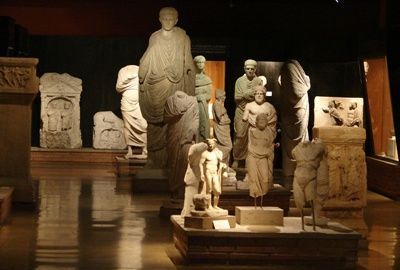 The Archaeology Museum is located on the road leading up to Topkapı Palace just to the right of the entrance gate to Gülhane Park. It was first founded as the Müze-i Hümayun (The Imperial Museum) by the painter Osman Hamdi Bey in 1891. The museum was founded with the goal of providing an exhibition space for artifacts from all of the civilizations that had existed within the borders of the Ottoman Empire. The road leading up to the museum commemorates its founder and is known as “Osman Hamdi Bey Ascent”.

The museum houses close to one million artifacts from all of the civilizations that were founded in all of the different regions of the empire, including those in Anatolia, the Balkans, Mesopotamia, Africa, and the Arabian Peninsula. Furthermore, it was one of the first ten buildings in the world to be built specifically as a museum.

The museum is divided into three sections: the Archaeology Museum, the Ancient Oriental Artifacts Museum, and the Tiled Pavilion Museum. 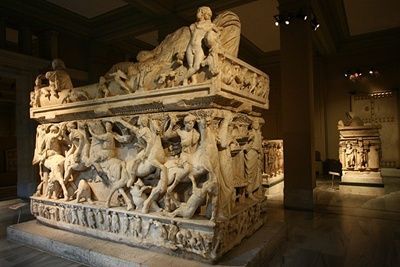 The main building of the museum, which was designed in a Neo-classical style, was planned by Alexandre Vallaury. It is said that the design of the building was inspired by the sarcophagi of Alexander the Great and the Crying Women, both of which are located in the museum. The top floor of the building houses artifacts such as earthen bowls, pottery, earthen statues, precious coins, insignia, signet rings and medals. The bottom floor, on the other hand, is home to embossments and statues from ancient times, as well as to such masterpieces as the sarcophagi of Alexander the Great and the Crying Women. Furthermore, the famous coffins found in the tombs of kings such as Satrap, Lykia, and Tabnit Lahti, and sculptures dating from ancient times up to the Byzantine era are also found on the bottom floor. 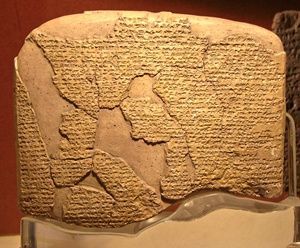 The Ancient Oriental Artifacts Museum was first built in 1883 as the Academy of Fine Arts. This school, which was also designed by Osman Hamdi Bey, was later converted into a museum. In this section, artifacts from Egypt, Arabia, Mesopotamia, and Anatolia are on display. Perhaps the most interesting collection in this museum is the archive of seventy-five thousand carved tablets. 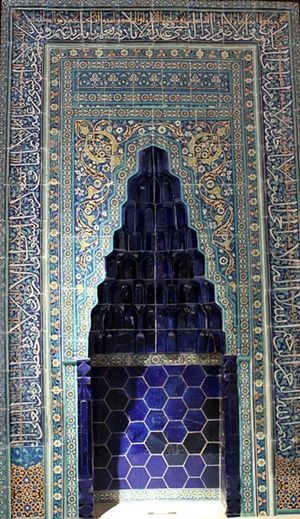 This building, which was first built as a pavilion in a 1472, during the reign of Fatih Sultan Mehmed was also later converted into a museum. This museum is particularly noted for its large collection of Turkish tiles and porcelain from the Seljuk and Ottoman eras. This collection includes close to two thousand items.