There is only one place that comes to mind when Bosphorus, fish and pleasure are mentioned: Bebek, Istanbul.

Let’s move along the shore from Beşiktaş towards Rumeli Fortress. Çırağan, Ortaköy, Kuruceşme, Arnavutköy, Çamlıbahçe, and Bebek...this is where we will stop.   In the period when Istanbul was conquered by Fatih, Bebek was a small village of Greek fishermen. It is not even known for sure where its name comes from. Its history dates back centuries as a small fishing community. Its oldest name is claimed to be Hallai, which is a deformation of Challae, Chilai, Khile, and even Skallai (piers), all being the same word written differently in various sources.

From the fishing village to now

Early bits of information regarding Bebek and its name in the Ottoman period come from just before the conquest of Istanbul. During the siege of Istanbul and the construction of Rumeli Fortress, Byzantine authority was weakened in the region and the fishing villages were connected to Galata. Some sources, primarily Evliya Çelebi, wrote that Mehmet II (Fatih) appointed to the region a captain called Bebek Çelebi to provide security and peace while Rumeli Fortress was being built and the city being under siege, and that Bebek Çelebi established a manor house and a garden in the region, which caused the town to be named after him when he died.   During the reign of Murad IV (1623 – 1640), the Sultan gave Hasan Halife, the head of Janissaries, a large and planted land, and thus the town was mentioned together with his name. It is argued in several sources that Sultan Selim had a summer palace built most probably on the spot where well-known Hümayünabad Pavilion (Bebek Kasrı) within Bebek Garden stood later on, that in the same period there was a Dervish Lodge (Durmuş Dede Tekkesi) in Kayalar region near Bebek, and that the fame of Hasan Halife’s garden went way beyond Bebek. However, we do understand that the region was not prosperous until the first quarter of 18th century, the summer palaces were abandoned, and the town became notorious because of the burglars taking cover in these ruins. 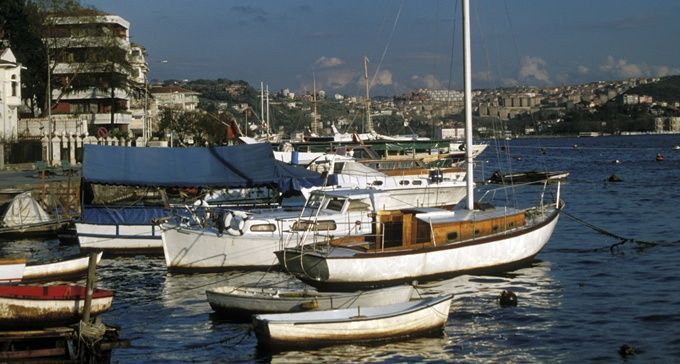 Bebek became a popular district during the reign of Ahmed III and his grand vizier Damat Ibrahim Pasha. In this period, Hümayünabad Kasrı in Bebek Garden, Bebek Mosque, school, fountain, public bath, mill and shops were built, and the town began to be populated. Turks, Greeks, Jews, Armenians constructed manor houses, mansions and villas. From Bostancıbaşı Notebooks, which cover the period between the late 18th and mid 19th centuries, we learn that along the coast that lies from Arnavutköy Pier to Rumelihisari, there are around 40 coastal palaces and gardens that belonged or still belong to the same families of state officials such as the seyhulislam (chief religious official), kazasker (chief government official) of Rumeli, reisulkuttab (chief public minister) and hekimbasi (chief medical official).

What turned the district from a summer site into a region of all seasons are the introduction of boat trips starting in mid 19th century, and the introduction of a tram later on. In the book called Bogaziçi, published in 1914 by Sirket-i Hayriye, it is stated that Muslims were the majority in Bebek but there were also English, French and American communities. The presence of Americans may be explained in view of the teaching staff of Robert College founded in 1863 on the skirts of Bebek and of American Girls’ College of Arnavutköy. According to R. E. Kocu, in 1960, there were a total of 739 residences, 414 of which were houses and 187 were apartments. Now, this town is one of the most prestigious and luxurious districts of the Bosphorus. 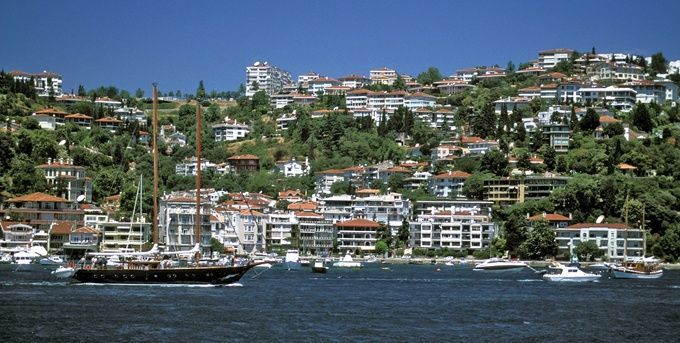 Bebek Bay, once used as a shelter for boats in bad weather and as a careening ground, is now a small bay where yachts, sailing boats and speedboats are anchored. Next to Bebek Pier and Bebek Mosque, in the area that extends to Egyptian Consulate, a public garden called “Nation’s Garden” and a seaside nightclub were built in 1908. The club known by the name Bebek Gazinosu was closed in 1957–1958 when Bebek Square went through a reformation. It was reopened in 1960s but it completely disappeared while the park was being rebuilt after 1980. People who were born in late 70s can remember that this place served for a long time under the name Bebek Belediye Gazinosu and hosted the appearances of beloved celebrities like Gönül Yazar and Emel Sayın.  When the club was active, a great plane tree always attracted my attention beside a table at the back. This plane tree would crash the ceiling of the nightclub and reach the sky. It was about to wither. Once the restaurant was demolished, the tree became free. Now it is alive even though with a little help of people, and it makes it known with its huge body and the leaves springing up from tiny branches that it is still standing –of course to the ones who know about it.   Throughout the course of rapid constructions destroying the hills and forests of the Bosphorus after 1965–1970, Bebek lost much of its green. Old wooden houses were demolished and big blocks were erected in their places. Bebek was connected to Etiler up on the hill through a steep but very busy road. Later on, the inadequate road that made a way from Kücükbebek to the outskirts turned out to have a connection with 2nd Bosphorus Bridge local road.   If you are wondering what happened to the Greeks, let me tell you: most of them passed away. Some of them, who used to live on rent, could not afford to live in this town which ‘upgraded’ itself as a ‘jet set district” and left. Bebek Church, which can be reached by climbing up through Manolya Street or Etiler Hill, is now without a community. Just like all areas of Istanbul, Bebek unwillingly lost its unique colors as well. 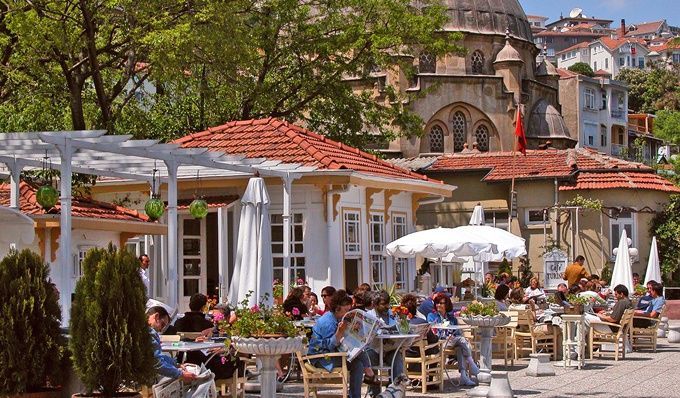 When you go to Bebek

If you are not a local and you are there for sightseeing, you should definitely do these activities:

If you are planning to arrive by bus, get off the bus two stops before, in Arnavutköy, and go to Bebek on foot

Go to Bebek Park and spend some time. Have a wafer and a cup of tea.

If you can find it, sit by the plane tree that I mentioned earlier and talk to it.

Sit on a bank before arriving in Aşiyan. Take a deep breath and do nothing else. 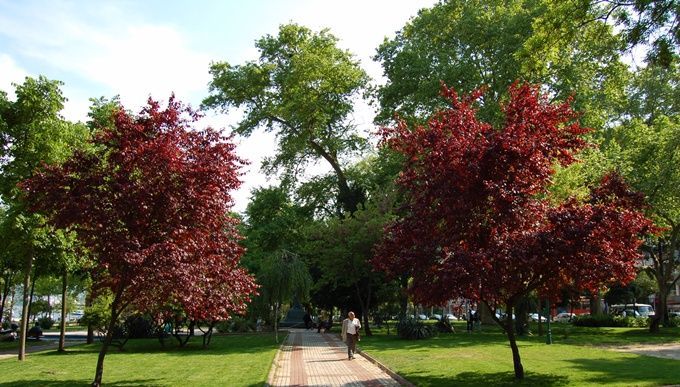