Located in the south of Dolmabahçe Palace, the mosque was originally commissioned by the mother of Sultan Abdülmecid and has a lovely view of Bosphorus. 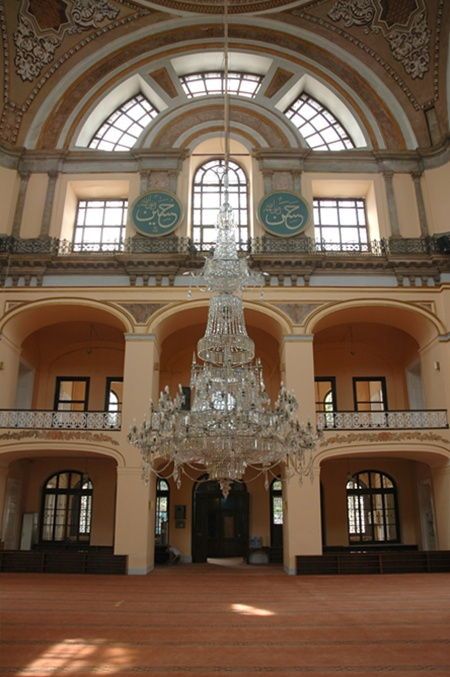 It is located south of Dolmabahçe Palace, on the coast. The mother of Sultan Abdülmecid, Bezm-i Alem Valide Sultan, originally commissioned it, but on her death it was completed by Sultan Abdülmecid in 1855.

Its architect was Garabet Balyan. It is a highly ornamental mosque and was constructed in the Baroque style. Since the mosque is adjacent to the palace, a two-storey Sultan maksoorah was constructed on the front part where the Sultan and statesmen could perform their prayers and where public processions and meetings could be accommodated.

Circular window design - which is rarely seen in Ottoman mosque architecture - gives the building a unique appearance with its peacock-tail design. It has two minarets with a single balcony. The interior’s decoration features a mixture of baroque and ampere styles. From the dome hangs a precious chandelier. The Mihrab and mimbar are made of red porphyry.