Thanks to its unique aspect of dividing Europe and Asia, the Bosphorus stands as an must see landmark of Istanbul with its bays, seaside mansions and fortresses.

Besides the historical and cultural heritage of the city, natural beauty also plays a considerable role in the formation of Istanbul’s unique atmosphere. Having a geopolitical significance thanks to its unique aspect of dividing two continents, the Bosphorus stands among indispensable landmarks of Istanbul with its big and small bays and promontories.

Being one of the most arduous straits of the world due to its strong current and twisting length of 31 km, the Bosphorus was formed upon the flooding of a caved in valley by seawater in the Fourth Geological period, seven thousand years ago. With its deepest point of around 100-120 m, the Bosphorus has an average depth of 60 meters. Its width is irregular due to its crooked structure, its widest section is 3500 meters and narrowest section, that falls in the Rumeli Hisarı area, is around 760 meters. The lengths of its shores are different on both sides. Whereas the European side is 55 km, the length of the Asian shore is around 35 km.

Significant in terms of economical and geopolitical means, the Bosphorus was always sought by competing nations in the past due to its being the sole seaway linking the the Black sea and Mediterranean. The Montreaux Convention regarding the use of the Turkish Straits was signed on July 20, 1936, which regulated tolls and allowances for the straits.

Istanbul Strait is known as “Bosphorus” in the world: in other words the Ox Passage in Ancient Greece. Let’s get to its mythological story:

Zeus, although married to Hera, had an unavoidable weakness towards women. At every turn, he sought ways to cheat on his wife, even though he was afraid of her wrath. Cognizant of her husband’s temperament, Hera was quite jealous and tried to take revenge with merciless sanctions from time to time.

One day, Zeus chose another target: Io. Getting suspicious, Hera sets out to spy on Zeus. Zeus understood and covered the sky with clouds to avoid getting caught. Hera blowed and dispelled the clouds. Just in time, with no other chance Zeus, he turned his beloved Io to an ox.

However, the doubts of Hera were not eliminated. Hera is not convinced and sends forth flies, insects and vermin to bite Io. Poor Io, coming into existence in the body of an ox, felt so indisposed that she commenced running from the Aegean to the Black Sea. Io ran so desperately that the land branches off and the path on which she ran submerged. Thus, the “Ox passage”, namely the “Bosphorus” arises. 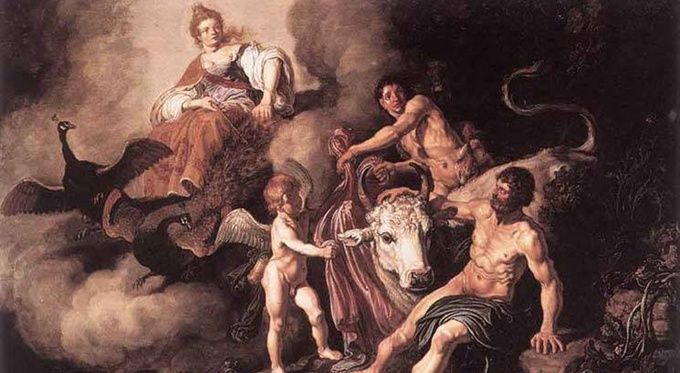 Once upon a time on the Bosphorus

During the Byzantine period, settlement in Istanbul was concentrated on the Historical Peninsula. Settlements along the Bosphorus were just coastal villages and boroughs. Some of these small fisher villages were small remote settlements, predominantly accommodated by native fisher people. During the Ottoman period, they attract the attention of sultans and high rank statesmen and were employed as popular excursion spots. In 1900s, the Bosphorus was ornamented with waterside mansions. Today the Bosphorus accommodates luxurious districts embellished with historical waterside mansions. 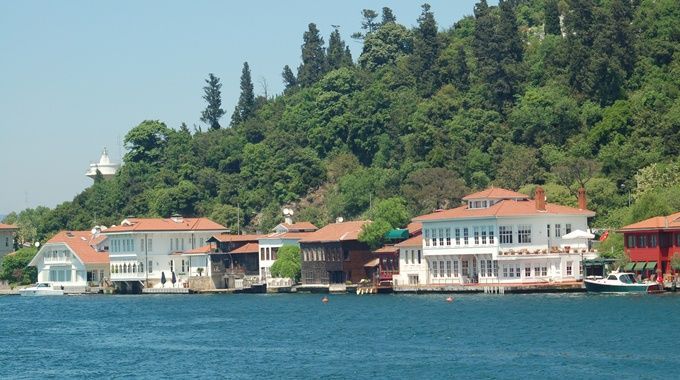 When you approach Istanbul from the Marmara side towards the Black Sea, the unique silhouette of Istanbul first welcomes you. The Emperor’s throne, Sarayburnu, is just on your left. On your way across the shore, you can head towards the Golden Horn with a soft turn to the left or go straight ahead towards the Bosphorus. The Bosphorus is a challenging waterway for huge vessels due to its curving composition. You can see these districts one by one cuddled up by these bays, on both the left and the right sides on your way to the Black Sea.

While moving ahead with Kadıköy on your right, you first see the Haydarpasha Train Station. While approaching Üsküdar, the Maiden’s Tower, renowned for the legends of the Bosphorus, salutes you. Then you see the Üsküdar district which hosts to historical mosques and fountains on the right side, and Dolmabahçe Palace and Beşiktaş on the left side. While advancing under the Bosphorus Bridge, the most striking landmark that will catch your eye will be the Ortaköy Mosque.

On your way, you will pass in front of each of the “must-visit” districts. We strongly recommend you to see Arnavutköy, Bebek, Aşiyan, Rumeli Fortress, Emirgan, Tarabya, Sarıyer and Rumeli Kavağı in the European Side; and Üsküdar, Beylerbeyi, Çengelköy, Kandilli, Beykoz and Anadolu Kavağı on the Asian Side.

To appreciate the unique beauty of Bosphorus in full from the sea and enjoy the cool and blue waters, we recommend you take a boat trip, equipped with your camera. In addition to inhaling its unique iodized odor and discovering the districts that extend along both of the sides and have quite different textures, you can absolutely consider repeating this Bosphorus tour in a boat offering dinner at night-time and enjoy the delight of Istanbul in accompaniment with dim lights and a romantic atmosphere. 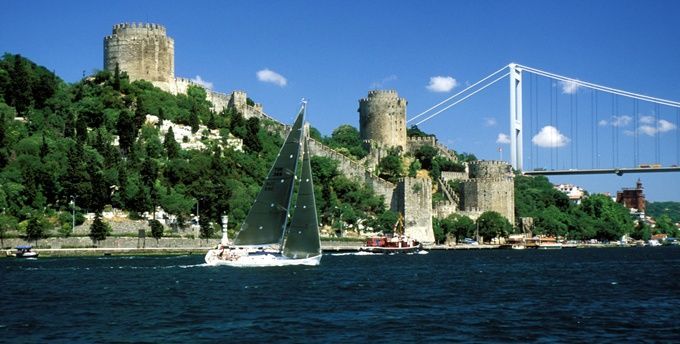